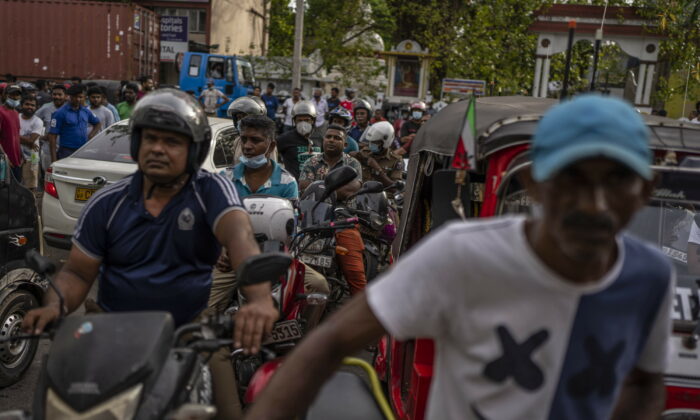 This comes after the IMF agreed to provide Sri Lanka with a new 48-month Extended Fund Facility to help restore the country’s macroeconomic stability and debt sustainability.

The IMF said that its deal with Sri Lanka is contingent on approval by IMF management and the executive board, as well as on financing assurances from Sri Lanka’s creditors, including China, Japan, and India.

The accord is also subject to Sri Lankan authorities’ implementation of prior agreed measures to stabilize its economy and the government’s efforts to reach a collaborative agreement with private creditors.

“Debt relief from Sri Lanka’s creditors and additional financing from multilateral partners will be required to help ensure debt sustainability and close financing gaps,” the IMF said in a statement.

“Starting from one of the lowest revenue levels in the world, the program will implement major tax reforms. These reforms include making personal income tax more progressive and broadening the tax base for corporate income tax and [value-added tax],” it said.

Sri Lanka defaulted its debt in May. The island nation has $10 billion in bilateral debt as of August, of which 44 percent is owed to China, according to the Finance Ministry (pdf). Japan holds 32 percent of Sri Lanka’s debt, while India holds another 10 percent.

Wickremesinghe described the preliminary agreement as “an important step” towards resolving Sri Lanka’s bankruptcy crisis and debt moratorium, and improving the standard of living of its 22 million population.

“The beginning will be difficult, but we know as we go on that we can make more progresses,” he said. “I appeal to the country, let us reorient ourselves to an export-oriented economy which will also make it easier for us to sustain our social services.”

The country’s unprecedented economic crisis has left millions of its people in need of life-saving aid, with severe shortages of essential medicines and frequent power cuts jeopardizing the country’s health care system.

Sri Lanka already had the second-highest child malnutrition rate in South Asia before the economic crisis. The country’s food inflation stood at 90.9 percent in July, with widespread food and fuel shortages, as well as daily power cuts.