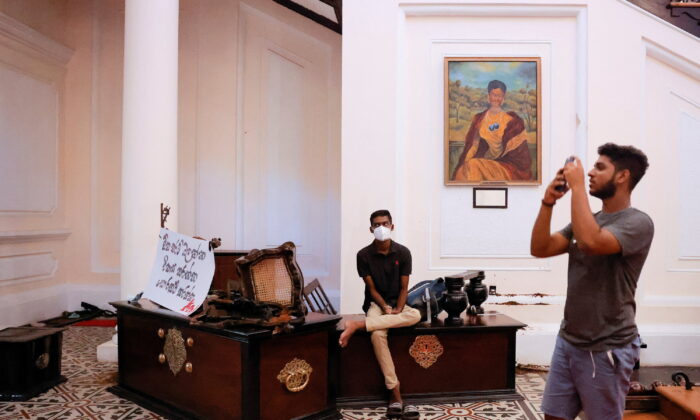 COLOMBO—Leaders of the protest movement in Sri Lanka who have forced the president and prime minister out of their official residences said on Sunday they will occupy the buildings until the two quit office.

President Gotabaya Rajapaksa and Prime Minister Ranil Wickremesinghe plan to step down, the country’s parliamentary speaker said on Saturday, bowing to intense pressure after a day of protests in which demonstrators stormed the president’s official residence and set fire to the prime minister’s home in Colombo.