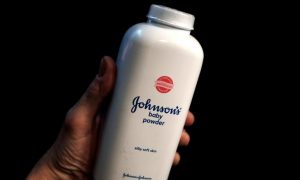 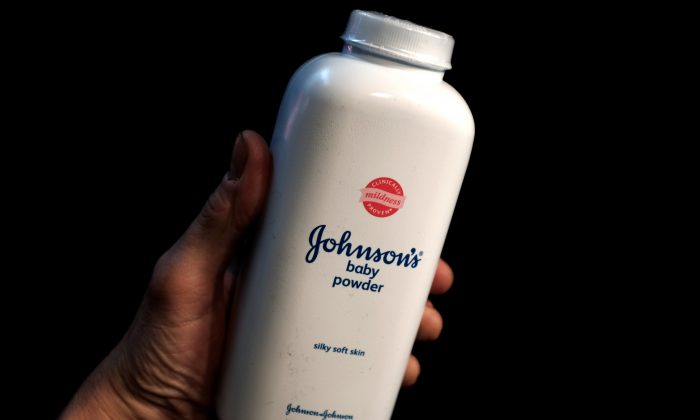 A bottle of Johnson and Johnson Baby Powder is seen in a photo illustration taken in NewYork on Feb. 24, 2016. (Mike Segar/Illustration/Reuters)
Asia & Pacific

Stocks of the product already in Sri Lanka can still be sold, but there will be no new imports of the talc, a popular healthcare product across Sri Lanka and much of Asia, until J&J India, from where Sri Lanka imports the product, provides fresh test results.

On Dec. 14, Reuters reported that the U.S. drugs and consumer products group knew for decades that asbestos lurked in its Baby Powder, leading to tests in several countries, including in India.

The report was based on thousands of pages of company memos, internal reports, and other confidential documents.

J&J has described the Reuters story as “one-sided, false, and inflammatory.”

Kamal Jayasinghe, chief executive of Sri Lanka’s National Medicine Regulatory Authority (NMRA), which is part of the health ministry, said it had informed the distributor, A.Baur & Co., that it would require further tests for it to continue importing the powder.

“We have held their re-registration and informed the distributor to submit quality reports from an accredited laboratory to ensure there is no asbestos in their products,” Jayasinghe told Reuters.

The license for A.Baur & Co to import the product expired in December, a second person at the NMRA said.

Shalutha Perera, head of consumer for A.Baur, told Reuters the firm has informed J&J in India of the suspension of the licensing process.

“J&J India directly handles all the regulatory matters,” he said.

A spokeswoman for J&J India declined to comment on the halt of shipments to Sri Lanka but said the company “is in full compliance with current Indian regulatory requirements for the manufacturing and testing of our talc.”

“We are fully cooperating with the Indian government and are awaiting results from their testing,” she added.

The spokeswoman said the product was routinely tested by both suppliers and independent labs to ensure it is free of asbestos.

By Martin Howell and Robert Birsel