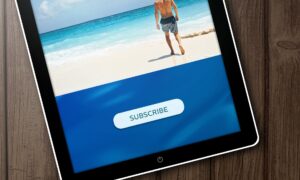 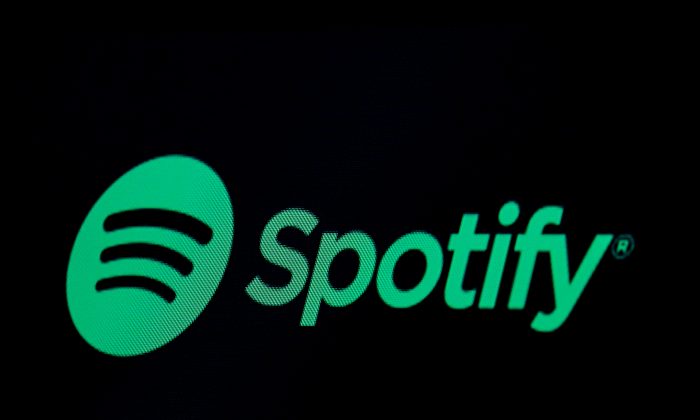 The Spotify logo is displayed on a screen on the floor of the New York Stock Exchange (NYSE) in New York, on May 3, 2018. (Brendan McDermid/Reuters)
Companies

STOCKHOLM—Spotify Technology SA beat Wall Street estimates for second-quarter revenue on Wednesday, as the music streaming company reported a 20 percent jump in paid subscribers for its premium service driven by demand in Europe and North America.

While Europe and North America accounted for more than half of its monthly active users (MAUs), the pandemic raging across several countries in Asia, including India and Indonesia, took a toll.

Quarterly MAUs of 365 million missed the company’s own forecast along with analysts’ expectations of 371.5 million, IBES data from Refinitiv showed.

Spotify launched in 85 countries earlier this year, taking its footprint to 180 countries and exposing it to the effects of COVID-19 across the world.

“Some markets are now almost back to normal… some of them are still very hard hit by COVID,” CEO Daniel Ek said in an interview.

Its advertisement business, which last year took a hit from the pandemic, however bounced back to grow 110 percent to 275 million euros ($324.64 million).

Spotify has also been investing heavily in its podcast business to rival that of Apple and in April launched a paid subscription platform for podcasters in the United States.

The company has 2.9 million podcasts on its platform and the podcast share of overall consumption hours reached an all-time high in the quarter.

Its podcasts by personalities continue to draw more users. Revenue rose to 2.33 billion euros for the quarter from 2.15 billion a year earlier, above the 2.29 billion expected by analysts. Premium subscribers, which account for most of the company’s revenue, hit 165 million, matching analysts’ expectations.