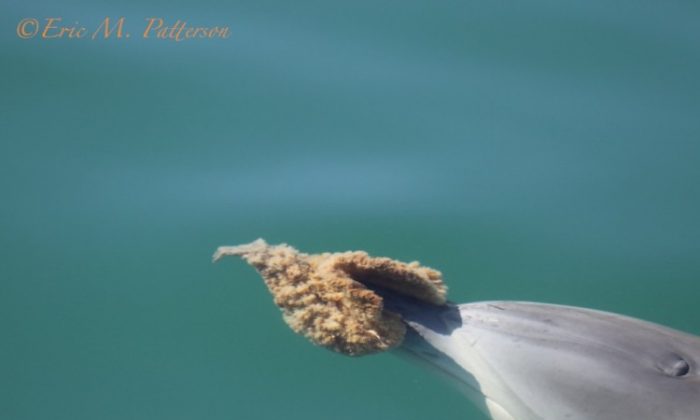 The first evidence of cultural behavior in dolphins may have been revealed, according to a study of the Shark Bay bottlenose dolphins in Australia.

In this population of around 3,000 dolphins, less than 5 percent have learned to use sea sponges to protect their snouts while foraging for fish on the seafloor, and are referred to as spongers.

A team of researchers from Georgetown University used social network analysis to study the social preferences of 36 spongers and 69 non-spongers over a 22-year period.

Although sponging is mostly a solitary activity, they found that female spongers preferred to associate with one another, even after controlling for location, gender, and matrilineal relatedness.

“Dolphins don’t sponge together but can identify who sponges and who doesn’t,” study lead author Janet Mann told AFP. “Spongers spend a lot of time hunting, tend to be solitary, but clearly go out of their way when they can to meet up.”

“You could think of them as workaholic dolphins that prefer to meet up with the other workaholics.”

Sponging is a complex hunting technique that dolphins learn from their mothers, including where to find sponges, how to harvest the best one, and how to wear it.

The behavior was first discovered in the 1980s, but may well have been going on for centuries, being passed down from generation to generation.

“Like humans who preferentially associate with others who share their subculture, tool-using dolphins prefer others like themselves, strongly suggesting that sponge tool-use is a cultural behavior,” concluded the researchers in their study abstract.

The study was published in Nature Communications today.