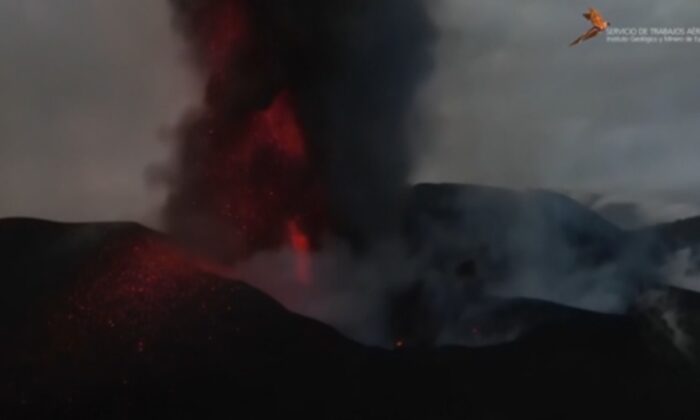 Cumbre Vieja volcano erupts in La Palma, Spain, on Dec. 7, 2021, in a still from video. (Spanish Institute of Geology and Mining via AP/Screenshot via The Epoch Times)
Europe

Approaching three months of volcanic activity, the La Palma volcano on the Canary Islands continued to erupt dramatically on Tuesday.

Scientists with the Spanish Institute of Geology and Mining were able to fly a drone near the top of the volcano’s most active vent.

Their video showed a period of high volcanic activity just before nightfall.

Scientists have been unable to give any indication of when the volcano may end its activity.

Molten rock from the Sept. 19 eruption has destroyed over 1,500 buildings, and forced the evacuation of thousands of La Palma residents.