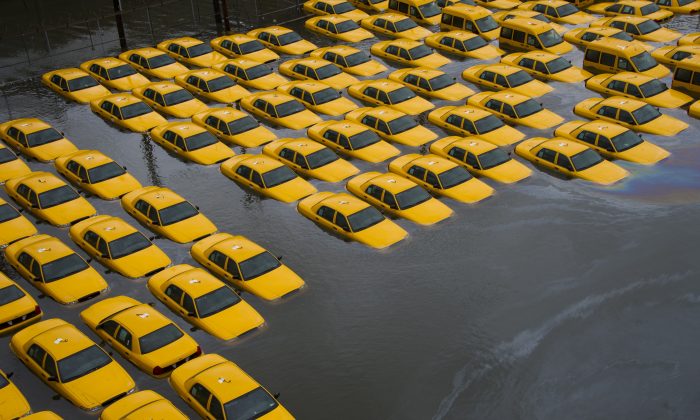 NEW YORK—Hurricane Sandy had a massive impact on New York City’s transportation system. Underground facilities and those close to the shore were hit the hardest.

Twelve subway tunnels under the East and Hudson rivers were out of service on the day of the storm. Three days later, none had reopened. By day 11, all but two were back in service.

Beyond the subways, the storm surge inundated car tunnels and roads, subway stations, and airports.

In total, the hurricane caused $8 billion in damage to the region’s transportation network.

In some under-river subway tunnels, equipment damaged by Sandy was still delaying trains this summer.

R train service to and from Brooklyn closed for 14 months beginning this August. Concrete duct banks in the tunnel, which protect cables, were damaged and are being demolished and rebuilt.

The G train tunnel, which also sustained severe damage, is scheduled for a five-week shutdown in the summer of 2014.

The MTA plans to use the funds over the course of several years to protect its stations, tunnels, under-river tubes, tracks, signals, shops, yards, bus depots, and ventilation plants. The goal is to protect all points of the system that are vulnerable in case of a flood.