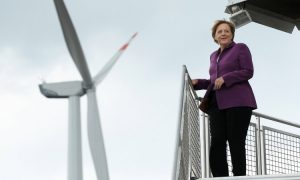 Special Olympics Bring Self Esteem to the Challenged

There is an innocence found among the mentally challenged that does not fade at childhood’s end, and the kind glisten in their eyes is enough to melt the heart of any parent. That same community is also among the most vulnerable to bullying and to being cast aside by society—a fact that volunteers worldwide have set out to change.

The Special Olympics is among the largest organizations to do this, bringing mentally challenged people from all ages and all walks of life together. “It totally builds their self esteem. It’s amazing,” said Hilda Bojquez, coach of the Special Olympics bocce ball team in southern California, in a phone interview.

Welcomed onto the field by a cheering crowd of volunteers, teams from across Southern California gathered for the Special Olympics games on April 16. Along the sidelines, other volunteers set up booths with free games for the crowd, where everyone who plays wins a prize.

The day’s games included bocce ball, golf, basketball, and other sports, and Bojquez’s bocce ball teams were among the players.

Members of her team range in age from 16 to 53, and with disabilities ranging from Down Syndrome to Kabuki Syndrome. The diversity of the players ties into the idea behind the games, as it gives a place where everyone is accepted regardless of appearance, race, age, or creed.

Having worked with the Special Olympics for close to 20 years, the games and the sports trainings she holds throughout the year have become an integral part of life for Bojquez. She started volunteering to get her 30-year-old daughter with Down Syndrome involved with a team sport.

At the end of the day, each athlete is given a ribbon as a small trophy, and their faces light up like the Fourth of July.

“It’s probably the most rewarding thing that I’ve done. Just seeing the smiles on these kids just touches my heart. Whether win or lose they’ve always got a smile on their face,” Bojquez said, and with a laugh, adds “most of them.”

Special Olympics Southern California hosts more than 9,000 athletes from 11 counties. It was founded in 1963 as a day camp for people with intellectual disabilities “to provide them with the therapeutic effects of physical fitness and sports,” according to the organization’s website.

The organization’s founder, Olympic decathlon gold medalist Rafer Johnson, recounted that as late as 1968, the social landscape for the mentally challenged was far different.

“Back then, there was a stereotype of people with intellectual disabilities. Most were institutionalized and people had preconceived notions of what they could or couldn't accomplish,” he said in an interview posted through the Southern California Special Olympics.

Johnson added that through the games, however, some athletes who partook in the games moved out of the institutions “and were being considered as people with skills and abilities. Living conditions changed, and group homes were established. … Employers who had jobs available started hiring our athletes in numbers that had never been seen before. Schools changed, and now Special Olympics athletes are going to regular schools and are mainstreamed.”

“Whole lives have been changed through our movement,” he said.

Although living conditions and societal treatment has changed, bullying is still a very real part of life for people with learning or physical disabilities. Kids are also prone to becoming secluded if they don’t get involved in group activities similar to what the games offer.

Karen Ritter, whose 29-year-old daughter Rebecca English competed in this year’s games, said the events give them an atmosphere where “there’s no teasing and no stereotypes. Everybody just does the best they can and everybody just doesn’t look at anybody any differently.”

“She just enjoys it because there are kids who accept her for who she is and what she can do,” Ritter said in a phone interview.

After joining the games for close to eight years, Ritter said her daughter has grown to not think of herself as being different or not accepted. “Before, she was teased because she didn’t talk like normal people,” Ritter said, adding that now she has close friends and “she doesn’t look at herself any differently. It doesn’t bother her.”