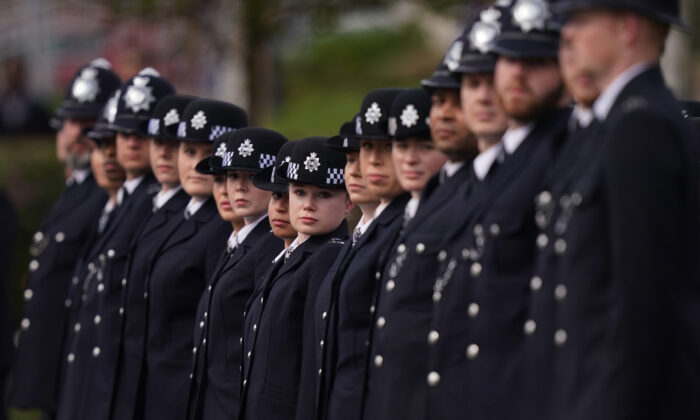 A retired Metropolitan Police officer said the decision by Her Majesty’s Inspectorate of Constabulary and Fire and Rescue Services (HMICFRS) to put the force into “special measures” is a “colossal slap in the face” for the rank-and-file officers who are struggling to cope with a massive increase in demand.

It comes as the Policing Minister, Kit Malthouse, accused the Mayor of London, Sadiq Khan, of being “asleep at the wheel” when it comes to the Metropolitan Police.

It has emerged that the head of HMICFRS, Matt Parr, wrote to the acting Metropolitan Police Commissioner, Sir Stephen House, saying he had “substantial and persistent concerns” about the Met “for a considerable time.” He said action was needed on training, the response to 999 calls, and a backlog of online child abuse investigations.

Chris Hobbs, a retired Metropolitan Police officer, said morale was already very low in the Met and he said the decision to introduce the Engage process, which is effectively “special measures,” would be a “kick in the teeth” for frontline police officers who were being criticised on all sides.

He said the timing of the HMICFRS intervention was “odd” considering the Home Secretary, Priti Patel, was about to appoint a new commissioner to replace Cressida Dick, who resigned in March.

Hobbs told The Epoch Times, “It’s come out of the blue … it does seem a little odd unless they want to force the new commissioner to tackle the issues immediately.”

‘The Job Was Too Big for Her’

He defended Cressida Dick, who he said was not incompetent, but he added, “The bottom line is that the job was too big for her … in fact the job is too big for anyone.”

Hobbs said he was sorry Nick Adderley, chief constable of Northamptonshire, had not applied for the job because he thought he would instantly have the support of rank-and-file officers and would be able to bring about big changes.

The Metropolitan Police has suffered a string of scandals over the last two years: the murder of Sarah Everard by a serving police officer; racist, misogynist, and homophobic messages exchanged by officers at Charing Cross police station; the strip-searching of “Child Q;” and the “seemingly incomprehensible” failures in the investigation into serial killer Stephen Port, which led to the decision on June 23 to reinvestigate police officers.

In March the HMICFRS also published a report that said the Met’s approach to police corruption was “fundamentally flawed” and “not fit for purpose.”

Hobbs said: “The senior leadership have not defended officers properly. They have allowed rank-and-file officers to be smeared as corrupt, misogynist, racist, and brutal and that is simply not the case … but it increases the level of abuse police officers receive on the streets and frankly it’s not fair.”

He conceded: “There are issues about training. It’s a bit of a shambles. But this insistence that all officers need a degree, or need to study for a degree, is ridiculous.”

Hobbs said many officers who were doing early, late, or night shifts were then expected to study for a degree and write dissertations when they were not working and he said many had told him they “simply can’t cope.”

“Another ludicrous decision was to make response officers [those dealing with 999 calls] investigate crimes as well. When do they have the time to do it? It’s not fair to them and it’s not fair to the victims of the crimes they are supposed to be investigating,” he added.

The HMICFRS letter said the Met had many “young and inexperienced” recruits who had been brought in to replace thousands of officers whose jobs were cut under austerity measures introduced by David Cameron’s government, and it said too many of them were not being given the right leadership or guidance.

Frontline Officers ‘Wet Behind the Ears’

Hobbs said: “The criticism of inexperienced officers on the frontline is a valid one. They don’t run away but they are sometimes making poor decisions … often they are wet behind the ears and they need that ‘old hand’ who could get them out of trouble, but they are not around.”

The Policing Minister, Kit Malthouse, told Parliament on Wednesday he supported the HMICFRS’s decision and said: “The public put their trust in the police and have every right to expect the country’s largest force to protect them effectively and carry out their duties to the very highest professional standards. They expect them to get the basics right. While very many Metropolitan Police officers do just that … it is clear that public confidence has been seriously undermined.”

He then accused the Mayor of London, Sadiq Khan of being “asleep at the wheel” and said: “We expect him to provide an urgent update explaining how he intends to fix this as soon as possible. Now is not the time for the mayor to distance himself. He must lean in.”

The Metropolitan Police issued a statement on Tuesday night, in which it said: “We recognise the cumulative impact of events and problems that the Met is dealing with. We understand the impact this has had on communities and we share their disappointment. We are determined to be a police service Londoners can be proud of. We are talking to the inspectorate about next steps.”