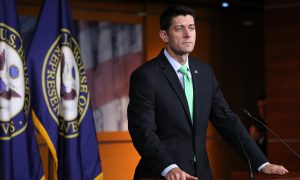 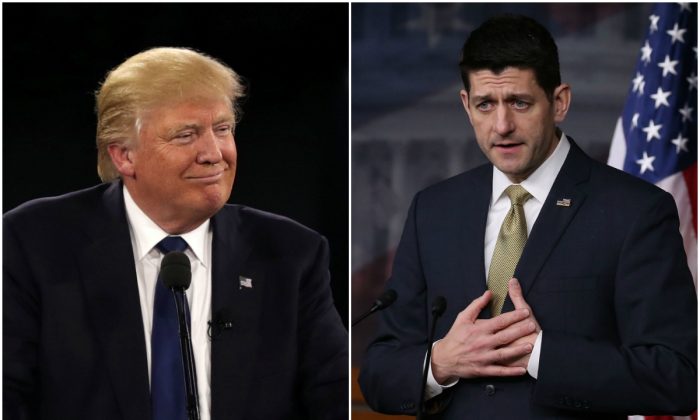 Presidential hopeful Donald Trump and U.S. House Speaker Paul Ryan met in Washington on May 12 and said afterwards that they are totally committed to working together.

Trump and Ryan vowed to collaborate with each other despite their differences. The meeting was aimed to bring the GOP back together after being torn over the real estate mogul’s rise to the Republican presidential nomination.

Trump said on Twitter after the meeting that it was a “great day in D.C.” and assured “Things working out really well!”

The candidate and the speaker released a statement saying their discussion was a “very positive step toward unification.” They also pointed out that there are “many important areas of common ground” as well as issues that they disagree on.

Ryan said he was “very encouraged by what I heard from Donald Trump” and also admitted “it’s not a secret” that the two have had “our differences.”

However, Ryan has not yet endorsed Trump. Last week Ryan said in an interview that he was not ready to back the candidate yet.

“I don’t think it’s do or die, any endorsement in particular,” said Republican Rep. Lee Zeldin of New York, a Trump supporter, who was outside the building the meeting took place in.

But “Donald Trump’s candidacy is strengthened with an endorsement from the most powerful person, top-ranking Republican in the country. It helps,” added Zeldin.

Nonetheless, their meeting is a step forward, and the joint statement by Trump and Ryan hint that they are unifying the party with the hope of defeating democratic hopeful Hillary Clinton in November.

Paul Ryan on Trump: “Here’s what we agree on. A Hillary Clinton presidency would be a disaster for this country.” https://t.co/XglzWIuJSe

“The meeting was great,” tweeted Reince Priebus, chairman of the Republican National Committee.

“It was a very positive step toward party unity.” Priebus said, who attended the opening meeting before Trump and Ryan sat down with a handful of GOP House leaders.

The meeting was great. It was a very positive step toward party unity.

Trump entered the RNC building through a side door as protestors against his immigration stance demonstrated out the front.

Rep. Joaquin Castro (D-Texas) walked by and said the Republican candidate is “tearing people apart. You can see the circus out here. He’s just bad for the country.”

Trump held back-to-back meetings at Capitol Hill on May 12.

The discussion with Ryan and party chairman Reince Priebus was the first. He then got together with other members of the House Republican leadership, including Majority Leader Kevin McCarthy and Whip Steve Scalise. The Republican candidate will also hold another meeting with Senate GOP leaders later in the day.