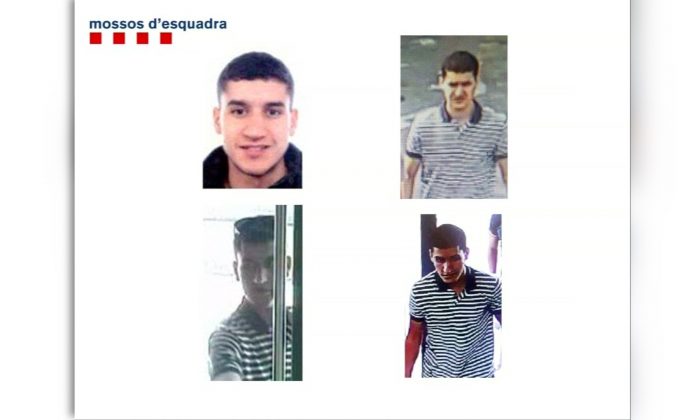 BARCELONA, Spain – Spanish police on Monday extended the search for the man who killed 13 people in Barcelona by ramming a van into crowds to all of Europe as details emerged of how he fled on foot through the streets of the old town before disappearing.

Authorities are looking for Younes Abouyaaqoub, a 22-year-old Moroccan-born man, who they believe was behind the wheel of a van which left a trail of dead and injured on Barcelona’s famed boulevard.

The Catalan regional government said all European police forces were now searching for Abouyaaqoub and authorities could not rule out that he had slipped across the border into France.

“This person is no longer just being sought in Catalonia but in all European countries, this is an effort by European police,” Joaquim Forn, in charge of home affairs in the northeastern Spanish region, told Catalan radio.

Forn confirmed that police were now almost certain Abouyaaqoub was the driver.

“Everything points to that,” he added.

Authorities have stepped up checks at Spain‘s borders.

They also raided more homes overnight in Ripoll, a town in the foothills of the Pyrenees and close to France where many of the suspects in a 12-strong cell thought to be behind the attack had lived.

Others thought to be part of the suspected Islamist militant network have been arrested, shot by police or killed in an explosion at a house in Catalonia a day before Thursday’s van attack.

The attack in Barcelona was linked to another hours later in the resort down of Cambrils, further down the Mediterranean coastline from Barcelona.

A car crashed into passers-by there and attackers got out to try and stab people. Five suspects were shot dead, while a Spanish woman died in the attack.

Abouyaaqoub abandoned the van after zig-zagging down Las Ramblas avenue at high speed, police have said. Witnesses had seen him walking away unarmed from the scene, they said.

Spanish papers El Pais and La Vanguardia said they had seen images of the man leaving Las Ramblas then crossing through La Boqueria food market, another tourist attraction, before disappearing.

El Pais published CCTV footage on Monday of a man wearing a black and white shirt similar to the one Abouyaaqoub wore when he was caught on a bank security camera the night before the attacks.

The regional government is due to give details about the investigation at a news conference at noon.

Spanish political leaders from all the main parties were also due to meet later on Monday to review security measures as part of cross-party efforts to unite on anti-terrorist efforts.