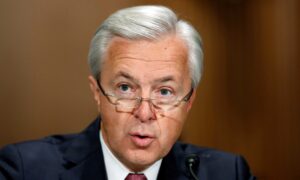 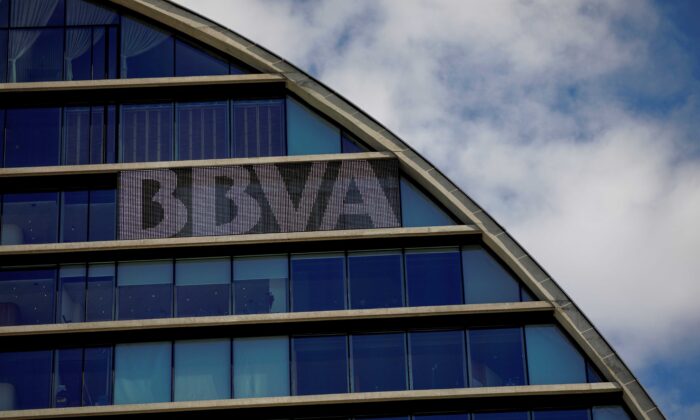 The headquarters of the Spanish bank BBVA are seen in Madrid, Spain, on June 12, 2018. (Juan Medina/Reuters)
Companies

Spain’s BBVA Exits US in $11.6 Billion Deal With PNC

Spain’s BBVA is to sell its U.S. business to PNC Financial Services Group Inc. for $11.6 billion in cash in one of the biggest global bank deals this year, which sees yet another European lender retreat from the United States.

The sale will further consolidate the U.S. banking sector and prompted speculation BBVA could use the cash to buy up a rival bank in its domestic market.

This is the second-largest U.S. banking deal since the 2008 financial crisis and creates an American bank with nearly $560 billion of assets and a presence in two dozen states.

The move underscores how a loosening of financial regulations and lowering of corporate taxes under President Donald Trump has emboldened regional lenders to pursue scale through dealmaking, as they compete with bigger players such as JPMorgan Chase & Co. and Wells Fargo & Co.

PNC and BBVA had been in talks about a deal for the last few weeks, and decided to press on after the U.S. elections because they believe the regulatory environment will not change if Democrat Joe Biden becomes president and with Republicans likely controlling the Senate, sources familiar with the matter said.

Other European lenders such as Deutsche Bank and HSBC have also been downsizing their U.S. operations.

For BBVA, the transaction represents an unwinding of its $9.6 billion acquisition in 2007 of Compass Bancshares Inc., which it turned into its U.S. subsidiary.

BBVA decided to retreat from the U.S. market after a poor performance there weighed on its stock, the sources said. The stock was down 36 percent year-to-date until Nov. 13.

“It makes sense to divest in the U.S. because others could do better, we also believe we can grow in places where we could do better,” BBVA chairman Carlos Torres told analysts in a call.

Investors had been growing impatient with BBVA’s efforts to tackle its U.S. problems after the Spanish lender took a $1.5 billion writedown last year in its fourth-quarter earnings, blaming low interest rates and declining growth.

However, BBVA will still handle some wholesale banking from New York and maintain its brokerage business there.

Shares in BBVA jumped almost 15.6 percent to 3.6710 euros, while shares in Spain’s Sabadell rose 15.73 percent to 0.380 euros as the market bet BBVA could use part of the proceeds from the sale to buy its smaller Spanish rival, which has a market capitalization of around 1.8 billion euros.

“The sale now frees up capital to reinvest in existing markets, Sabadell in Spain would bring significant synergy potential in Spain, and/or to improve shareholder remuneration (BBVA admits that it will consider share buy-backs),” Spanish broker Alantra said in a research note.

In September, two sources told Reuters that Sabadell had held informal talks about a possible tie-up, including with BBVA.

Torres told analysts the U.S. deal would allow BBVA to better deploy capital in its existing core market and improve its franchises, without giving names. He also said the bank would analyze M&A opportunities if they arise.

BBVA’s U.S. sale, expected to close in mid-2021, will increase the bank’s common equity tier one ratio, a key measure of financial strength, by 300 basis points, giving it a pro forma capital ratio of 14.46 percent.

BBVA executives told analysts the deal would also boost its capacity to increase payouts to shareholders, including a potential “sizeable” share buyback, and would have a 580 million euro ($687 million) positive impact on its net profit.

PNC said it expected the deal to add about 21 percent to its earnings in 2022.

The deal comes about six months after PNC sold its 22.4 percent stake in mutual fund giant BlackRock Inc. for $14.2 billion. PNC booked after-tax gains of $4.3 billion on the sale, which it will use to fund the deal with BBVA as it seeks to expand its footprint in the southwest of the United States, the sources said.