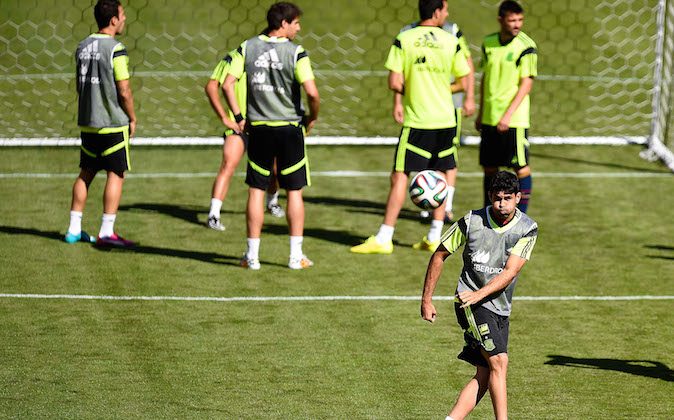 Diego Costa of Spain shoots towards goal during a training session of the Spain National Team at the FedexField on June 6, 2014 in Landover, Maryland. (Photo by David Ramos/Getty Images)
Soccer

Spain will face El Salvador in a pre-World Cup friendly on Saturday, June 7.

In the United States, the game will be shown on Univision.

Live stream is available on beIN Sports Play for subscribers.

Costa has been struggling with hamstring issues in recent months. The 25-year-old didn’t even complete the last match he played, which was Atletico Madrid’s Champions League final clash with Real Madrid.

Atletico club mate Juanfran has backed Costa to overcome his injury problems and have a stellar World Cup.

“[Costa] is great and I’m convinced he will be one of the great players of the World Cup,” Juanfran said.

Coach Vicente del Bosque won’t have much time to experiment with Costa in his lineup, however, as the match against El Salvador is the last of their two arranged pre-World Cup friendlies.

El Salvador may not even provide much of a test for Spain, as they have won just one of their last eight matches, and are ranked 68th in the world.