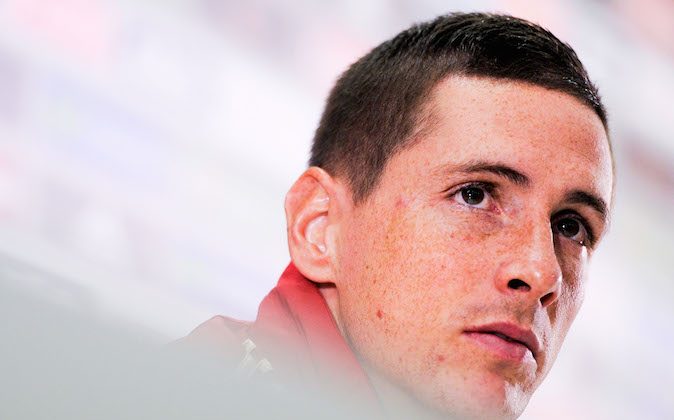 Fernando Torres of Spain faces the media during a press conference at Ciudad del Futbol on May 27, 2014 in Las Rozas de Madrid, Spain. (Photo by David Ramos/Getty Images)
Soccer

The Spain vs Bolivia soccer international friendly match is set for Friday, May 30.

The game will also air on ESPN3 and ESPN Deportes in the United States.

Live stream is available on Premier Sports (subscribers only).

Chelsea’s Fernando Torres will be looking to prove himself in this friendly fixture.

The former Liverpool man has said that he was always confident that he would be involved in Spain’s title defense in Brazil.

During a press conference, Torres said: “I’ve never thought that I had played my last game. I am excited to come to the national team, here I’ve been very happy and I feel in good conditions for the World Cup. You always have doubts when you’re a time without coming, but the other day when the coach gave the list I was very excited waiting for my name.

“My dream is the same as when I made my debut. I was prepared to come or not come, after a very strange year, in which I played little, but fortunately I am here and I will fight to be in the latest list.”

“Days go fast with good atmosphere, we all want to enter in the list but it is a healthy competition, there is high level and that is a good sign,” he added.