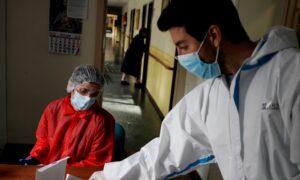 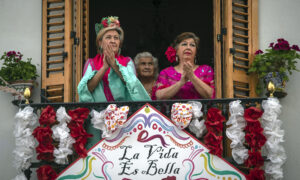 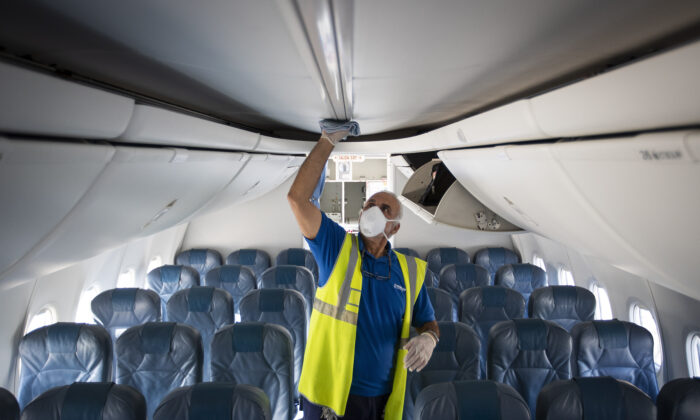 An employee wearing a face mask conducts a disinfectin inside an Air Europa's aircraft at Son Sant Joan's Airport in Palma de Mallorca on April 30, 2020, as the country prepares to ease its tough lockdown measures. (Jaime Reina/AFP via Getty Images)
Americas

MADRID—Spain ordered a two-week quarantine on all travelers arriving from abroad from May 15 in a bid to prevent visitors from sparking a second wave of the CCP virus, a move that will further harm the tourism sector already reeling from the epidemic.

One of the world’s worst-hit countries, Spain has largely brought the outbreak under control within its borders and has begun to relax its tight lockdown regime.

“We have to do prevention efforts until other countries reach the level of control that we have achieved,” he said.

Health ministry data showed the daily death toll rising to 176 on May 12 from May 11’s seven-week low of 123 and bringing the total to 26,920. But the number of diagnosed cases rose by just 594 overnight to 228,030—its smallest daily rise in about two months.

An official order published on May 12 said the quarantine would apply to all travelers arriving between May 15-May 24 when the country’s state of emergency is due to end.

Visitors must remain indoors, only allowed out for groceries, to visit health centers, or in a “situation of need.”

The government had previously imposed restrictions on traveling from outside the open-border Schengen Area, which includes most of the European Union countries and other European states such as Norway.

The order can be prolonged with a possible state of emergency extensions. Spain has so far extended its restrictions four times since mid-March.

Further restrictions on movement could spell disaster for Spain’s vital tourism industry, which draws some 80 million annual visitors and accounts for around 12 percent of the gross domestic product in the world’s second most visited country.

Gloria Guevara Manzo, chief executive of the World Travel and Tourism Council, said the government should make it clear that the rule is only intended to last as long as Spain maintains restrictions on movement.

“If confinement is lifted and this 14-day quarantine policy is maintained, unfortunately, that would put the country at a competitive disadvantage,” Guevara told reporters on a conference call.

Shares of International Consolidated Airlines, which owns the Iberia airline, were down 1.2 percent, in afternoon trade, while shares of Melia Hotels, whose largest market is Spain, were down 4.8 percent.

Spain has embarked on a four-step plan to wind down its lockdown and aims to return to normality by the end of June. About half the population moved into phase one on May 11, with cafes and bars allowed to reopen their outdoor seating with capacity restrictions.

However, the move did not go smoothly everywhere, as crowds formed outside some bars, in an infringement of social-distancing rules, forcing police to shut down the establishments in some cases.

On May 12, the Guardia Civil police force said it had reported to the national government May 10’s Iberia flight to the Canary Islands from Madrid for breaking coronavirus safety rules on social distancing. After complaints from some passengers, police in the Canaries discovered the aircraft was more than 70 percent full.