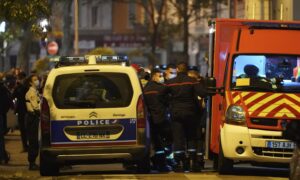 Orthodox Priest Shot at Church in France; Attacker at Large
0 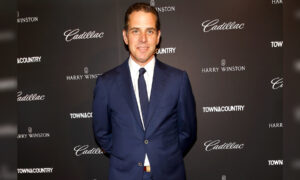 LAS PALMAS, Spain—The majority of the Spanish population disapproves of the government's handling of the European nation's crisis, according to a recent survey by Spain's leading newspaper.

Numbers from the survey by Spanish newspaper El Pais, published on Oct. 3, show that a large majority of the citizens are not satisfied with President José Luis Rodríguez's management.

It was the first survey conducted after the 2010 budget was made public on Sept. 26.

According to the Metroscopia poll, the opposition conservative Popular Party (PP) took the lead with a voter approval rating 3.6 points ahead of the socialists.

The survey stated that 61 percent of those polled disapproved of the measures taken to tackle the economic crisis, while 76 percent thought that the measures came too late.

Eighty-one percent believed that the government was improvising on the situation.

The government announced that it would increase the general VAT tax from 16 percent to 18 percent and the special VAT tax, applied to services, food production, and art objects, from 7 percent to 8 percent in July 2010.

The annual income tax deduction of €400 (US$590) per worker introduced last year will also be eliminated and capital gains taxes increased.

"The new budget maintains our commitment to social services, a productive economy, and keeps our investment in research and development," Spain's Finance Minister Elena Salgado said in a meeting with journalists after Saturday's cabinet meeting.

These measures have been widely criticized by political parties, associations, and analysts all over the country. The government affirms that the increase in the tax pressure will mainly affect people with higher incomes, while there are many who think otherwise.

It is widely believed that this tax raise will punish people who have low and medium incomes as well as boycott companies' attempts to motivate consumers by lowering product prices.

Another significant indicator that reflects the citizens' perception of the actual and future economic situation is the Consumer Confidence Index, released monthly by the Credit Institute of Spain. According to last month's results, “In September, the confidence of the consumers has decreased with respect to the previous month, disrupting six consecutive months of recovery of the confidence indicator."

The Credit Institute of Spain quoted international organization reports stating that the Spanish economy recovery would be slower than that of other countries and could also negatively influence the 1,000 consumers who were interviewed for economic prospects.