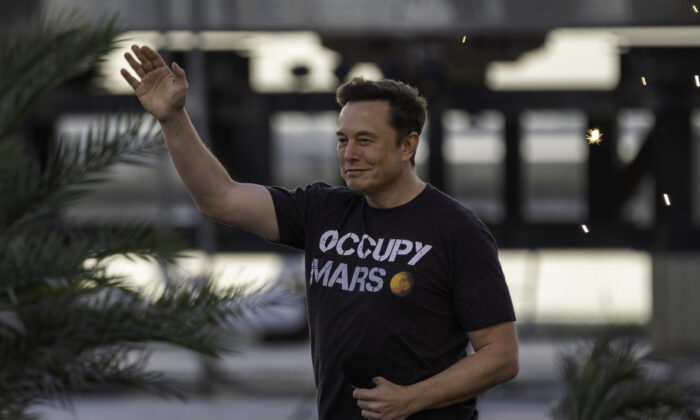 T-Mobile will partner with Elon Musk’s SpaceX and use the company’s Starlink satellites to provide cellphone users with network access in parts of the United States, including where mobile coverage doesn’t currently exist, the companies announced on Thursday.

The “Coverage Above and Beyond” partnership is a “breakthrough new plan to bring cellphone connectivity everywhere,” according to a joint press release.

“Leveraging Starlink, SpaceX’s constellation of satellites in low Earth orbit, and T-Mobile’s industry-leading wireless network, the Un-carrier plans to provide near complete coverage in most places in the U.S.—even in many of the most remote locations previously unreachable by traditional cell signals,” the companies stated.

Musk said on Thursday that the next generation of Starlink satellites will be fitted with special antennae that will connect directly to cellphones on the T-Mobile network.

The majority of smartphones already used by T-Mobile customers will be compatible Starlink, meaning customers won’t need to buy any additional equipment.

Starlink coverage for text messaging apps will be available in a beta phase in select areas by the end of 2023, and eventually will cover all of the continental United States, Hawaii, parts of Alaska, Puerto Rico, and territorial waters.

The first of the next generation Starlink satellites are planned to launch on SpaceX’s next Starship rocket whenever it is fully developed.

Typically, mobile service providers such as T-Mobile use cell towers to transmit service to cellphone users.

T-Mobile estimates that over 500,000 square miles in the United States are “untouched by cell signals,” in addition to vast stretches of ocean, despite powerful LTE and 5G wireless networks.

Those areas are known as “mobile dead zones.”

The company said that the wireless industry has struggled to cover these areas with traditional cell towers largely because of land-use restrictions, such as in the National Parks, as well as terrain limitations like mountainous areas. The sheer size of the United States also makes it difficult.

“In those areas, people are either disconnected or pay exorbitant rates to lug around a [satellite] phone,” the companies said.

Musk said on Thursday via Twitter that connectivity will be 2 to 4 Megabits per second per cell zone.

Musk also noted that in the future, Tesla vehicles will connect directly to Starlink satellites for emergency calls and texts.

“More than just a groundbreaking alliance, this represents two industry-shaking innovators challenging the old ways of doing things to create something entirely new that will further connect customers and scare competitors,” T-Mobile CEO Mike Sievert said in the announcement.