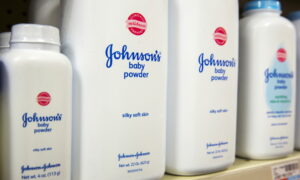 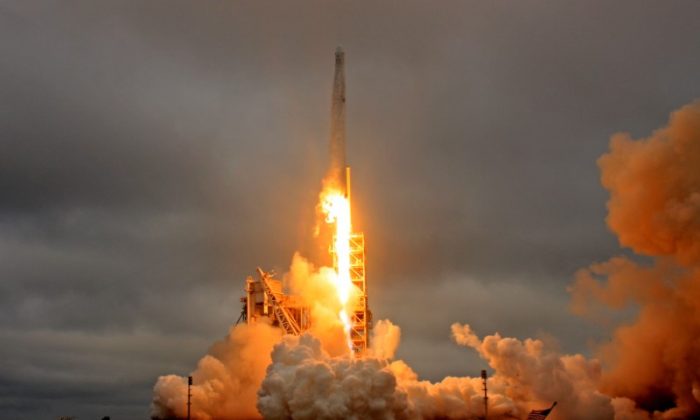 A SpaceX Falcon 9 rocket lifts off on a supply mission to the International Space Station from historic launch pad 39A at the Kennedy Space Center in Cape Canaveral, Fla., on Feb. 19, 2017. (REUTERS/Joe Skipper)
US

SpaceX Rocket Lifts Off on First Launch for US Military

CAPE CANAVERAL, Fla.—A SpaceX Falcon 9 rocket lifted off from Florida on Monday, carrying the company’s first satellite for the U.S. military, and breaking a 10-year monopoly held by a partnership of Lockheed Martin and Boeing.

The 23-story tall rocket took off from its seaside launch pad at Kennedy Space Center at 7:15 a.m. EDT.

It will put into orbit a classified satellite for the U.S. National Reconnaissance Office, an agency within the Defense Department that operates the nation’s spy satellites.

The National Reconnaissance Office bought SpaceX’s launch services via a contract with Ball Aerospace, a Colorado-based satellite and instrument builder. The terms of the contract were not disclosed.

Musk battled for years to break the monopoly on the military’s launch business held by United Launch Alliance, a partnership of Lockheed Martin and Boeing.

SpaceX sued the U.S. Air Force in 2014 over its exclusive multibillion-dollar contract with United Launch Alliance. The company later dropped the suit after the military agreed to open more launch contacts to competitive bidding.

SpaceX has since won two launch contracts from the Air Force to send up Global Positioning System satellites in 2018 and 2019.

Monday’s launch was the 34th mission for SpaceX and the fifth of more than 20 flights planned for this year.

The privately owned firm, based in Hawthorne, California, has a backlog of more than 70 missions, worth about $10 billion.