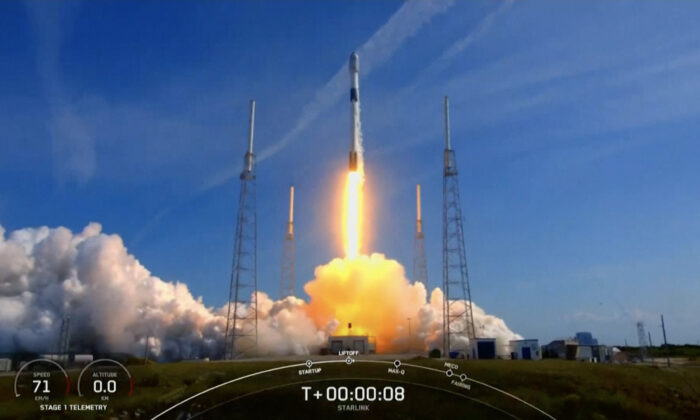 A SpaceX Falcon 9 rocket takes off from Cape Canaveral Space Force Station, Fla., on May 14, 2022. (SpaceX via AP/Screenshot via The Epoch Times)
Space

The Falcon 9 first stage booster returned to Earth following stage separation and landed on a droneship in the Atlantic Ocean.

Starlink is a space-based system that SpaceX has been building for years to bring internet access to underserved areas of the world.

California-based SpaceX has hundreds of Starlink satellites orbiting Earth at an altitude of 340 miles.

Saturday’s launch came back-to-back with Friday’s, when 53 satellites were carried into space.