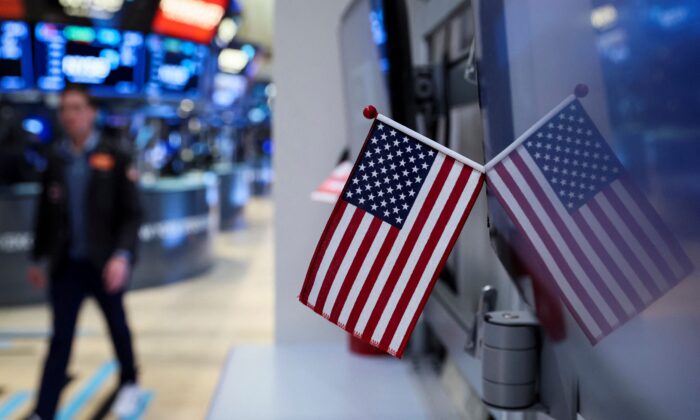 View of the U.S. flag as a trader works on the floor of the New York Stock Exchange (NYSE) in New York City, on March 21, 2022. (Brendan McDermid/Reuters)
Stocks

The S&P 500 and the Nasdaq opened higher on Monday as a jump in the shares of Twitter and U.S.–listed Chinese firms offset concerns about more sanctions against Russia over its invasion of Ukraine.