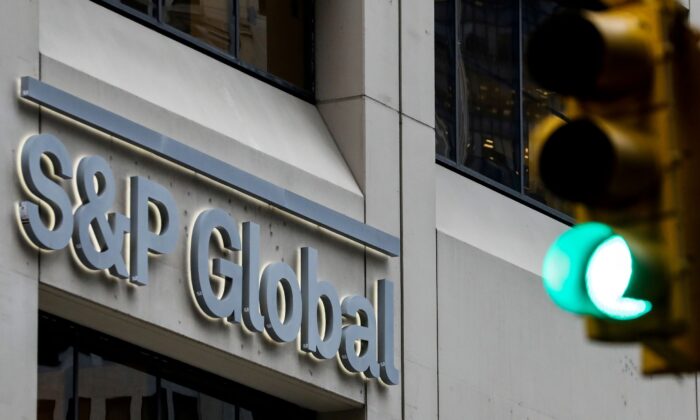 The S&P Global logo is displayed on its offices in the financial district in New York City on Dece. 13, 2018. (Brendan McDermid/Reuters)
Companies

WASHINGTON—Business information provider S&P Global Inc. and IHS Markit Ltd have won U.S. antitrust approval for their planned merger, on condition it sells some businesses and scraps a non-compete agreement with GasBuddy, the Justice Department said in a statement.

The $44 billion deal was initially announced in November 2020.

The businesses will be bought by News Corp. under a $1.15 billion deal reached in August.

In a court filing, the Justice Department said that S&P Global and IHS are a small number of companies that provide PRA services and “compete vigorously in each of the relevant markets, resulting in lower prices and increased quality and innovation for PRA customers.”

One of them, OPIS, collects and sells information related to U.S. retail gasoline prices. GasBuddy has been one of OPIS’ main sources of data since 2009. Since 2016, OPIS has had exclusive rights to GasBuddy’s data for 20 years.

Because of the agreement, GasBuddy, which uses crowdsourced information to help people find deals on retail gasoline, has been stopped from creating a service to compete with OPIS, the department said.

“The divestitures will preserve competition for PRA (price reporting agency) services, which are vital to the proper functioning of commodity markets and promote transparency in the financial markets,” Richard Powers, acting head of the Justice Department’s Antitrust Division, said in a statement.

GasBuddy parent company PDI praised the Justice Department settlement and said “once the waiver clears, we look forward to providing petroleum marketers and wholesalers with a compelling pricing solution, through the 1 million retail fuel price submissions provided by GasBuddies on a daily basis.”

The deal won EU antitrust approval in October, with some of the same conditions.