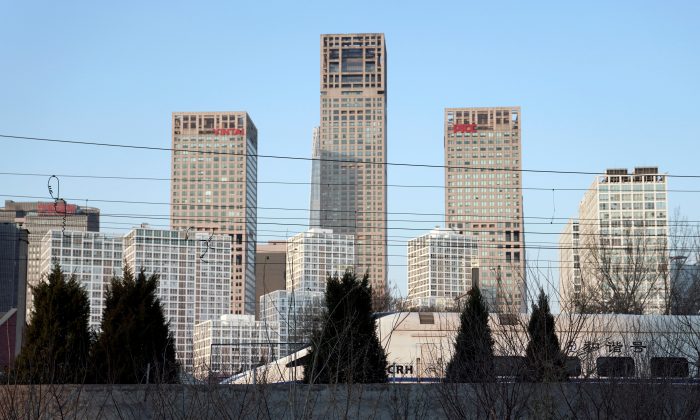 TOKYO—Standard & Poor’s on Nov. 29 expressed concern that China’s sovereign rating could face pressure if policymakers revert to rapid credit growth to shield the economy from the impact of a trade war with the United States.

The row between the world’s two largest economies over tariffs and market access is unlikely to trigger a downgrade for China next year, said Kim Eng Tan, S&P’s Asia-Pacific senior director of sovereign ratings.

However, the longer the conflict drags on, the more China’s policymakers will be tempted to loosen the reins on lending, Tan told Reuters in an interview.

“We have come to a point where (Chinese) policymakers are more worried about the economy and deleveraging is pausing,” Tan said.

“The longer the situation drags on, the more likely the government will U-turn on deleveraging to the point where we would get more concerned about the rating.”

Tan added that he did not expect S&P to downgrade China’s A plus rating with a stable outlook simply because the economy is slowing due to the threat of higher U.S. tariffs.

The United States has levied additional duties of between 10 percent and 25 percent on $250 billion of Chinese goods this year as punishment for what it calls the country’s unfair trade practices, with the 10 percent tariffs set to rise to 25 percent on Jan. 1.

Slowing trade flows will curb growth in other Asian countries, but fiscal indicators have been improving in many economies, so there is no great risk of downgrades, Tan said.

The threat of capital outflows has diminished after the Federal Reserve Chairman hinted that U.S. interest rates may not rise much further, which also eases pressure on sovereign ratings in Asia, he said.

Current account surpluses and ample foreign exchange reserves also serve as an adequate buffer for Asian countries in the event of financial turmoil, he said.

Tan did express concern about potential political stability issues in Malaysia in the future. Prime Minister Mahathir Mohamad has said he will keep the post only for two years.

If the current four-party coalition cannot work through a smooth transition, this would pose a risk to Malaysia’s A minus rating with a stable outlook, Tan said.