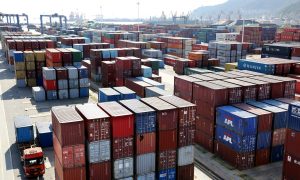 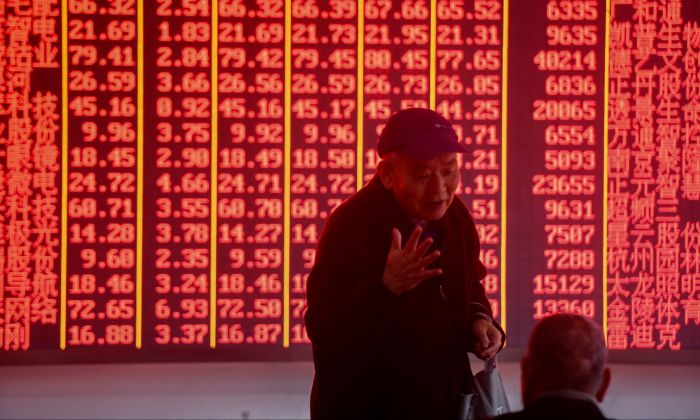 Standard & Poor’s Chinese subsidiary has been approved by Chinese authorities to offer credit-rating services in the country, making it the first wholly owned foreign credit rating firm to enter the Chinese market.

Previously, foreign firms were only allowed to enter joint ventures and couldn’t hold more than 49 percent of shares.

S&P, Moody’s, and Fitch Group are the biggest credit-rating companies in the global market.

The latter two set up Chinese subsidiaries in 2018, but are waiting for approval from China’s central bank, the People’s Bank of China (PBOC), and China National Association of Financial Market Institutional Investors (NAFMII), an industry organization that reports to the PBOC.

The PBOC announced Jan. 28 that it registered S&P China as a credit-rating company. On the same day, the NAFMII announced the approval of S&P China’s registration application.

According to state-run newspaper Beijing Daily, the registered capital of S&P China is $18 million. Its operations will cover credit ratings, evaluations of financial standing, credit investigations, and other analytics.

The timing of S&P’s approval appears to coincide with ongoing trade negotiations between U.S. and Chinese delegates in Washington this week—seeming like a goodwill gesture.

In a PBOC statement about the approval, the bank didn’t mention the U.S.-China trade talks, but said that having an international credit rating agency “can benefit international investors to purchase more diversified yuan currency assets, improve the service quality of Chinese credit rating agencies, as well as foster the standardized and healthy growth of the China financial market.”

PBOC added that it supports more international credit rating agencies to enter the China market—leading some industry observers to believe it would eventually approve Moody’s and Fitch.

Currently, S&P and Fitch rank China’s sovereign bonds as A+, which is considered stable. Moody’s ranks it A1, which is equivalent to A+. For comparison, U.S. sovereign bonds have been ranked AAA by Fitch and Moody’s, and AA+ by S&P. More letters and plus signs are considered better rankings.

China has hundreds of credit rating agencies, but China observers have long criticized them for being untrustworthy. They generally rank China’s sovereign bonds AAA—the best rating—and most Chinese companies AA.

In September 2018, state-run China Business Daily reported that Chinese energy company Shanghai Huaxin had not paid back its loans and interests—owing as much as 8.849 billion yuan ($1.32 billion) since May 2018. Shanghai Huaxin was ranked AAA in 2017 by two of China’s biggest credit rating agencies, China Lianhe Credit Rating Co. and China Chengxin Credit Rating Group.

Back in Aug. 2018, Dagong Global, a top Chinese credit rating agency, was ordered by China’s securities regulator to stop its operations for one year in order to rectify its wrongdoing. Dagong Global is the only Chinese credit rating agency that has received licenses from European Securities and Markets Authority and Hong Kong Securities and Futures Commission.

Pan Helin, a famed Chinese economist, published an Aug. 2018 article in Beijing News noting that this type of practice is normal in China, because a company will discontinue services with a credit rating agency if the rating is not to their liking.

Caijing recently obtained S&P China’s registration document, in which the company claimed, “We believe that the scope, dimension, and diversity of China’s capital market require a specific evaluating standard and a localized rating method.” The statement alluded to a different set of standards for rating China’s market.