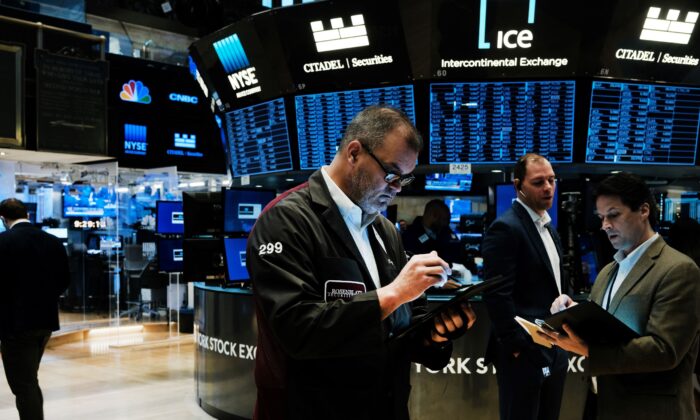 All the major indexes had scaled new peaks earlier in the session, with the blue-chip Dow hitting 36,000 points for the first time.

The Institute for Supply Management (ISM) said its index of national factory activity slipped to a reading of 60.8 last month, as a measure of new orders dropped to a 16-month low and factories continued to experience delays with deliveries of raw materials.

The report came ahead of the Federal Reserve’s policy meeting on Nov. 2–3, when the central bank is expected to announce the tapering of its $120 billion monthly bond buying program amid rising price pressures.

“We had a little bit of chasing this morning and now that’s coming off. This market keeps getting driven by the likes of Tesla really,” said Dennis Dick, a trader at Bright Trading LLC.

“People believe that we’re going to be strong into the year end and so they’re chasing the winners. It’s a momentum market right now, where what is hot is hot and what is not is not.”

Tesla Inc. rose 1.2 percent to a record high after it notched a trillion dollars in market capitalization last week, while Meta Platforms , formerly Facebook Inc., added 2.7 percent to provide the biggest boost to the S&P 500 and the Nasdaq.

Other mega-cap technology stocks Google-owner Alphabet Inc., Microsoft Corp., Amazon.com, and Apple Inc. slipped between 0.9 percent and 1.2 percent to weigh the most on the S&P 500 and the Nasdaq.

The market has also started pricing in rate hikes next year. November and December tend to be among the strongest months for stocks and any hawkish tilt in the Fed’s message could catch equities by surprise.

Goldman Sachs has brought forward its forecast by a year to July 2022 for the first post-pandemic U.S. interest rate hike, as the investment bank expects inflation to remain elevated.