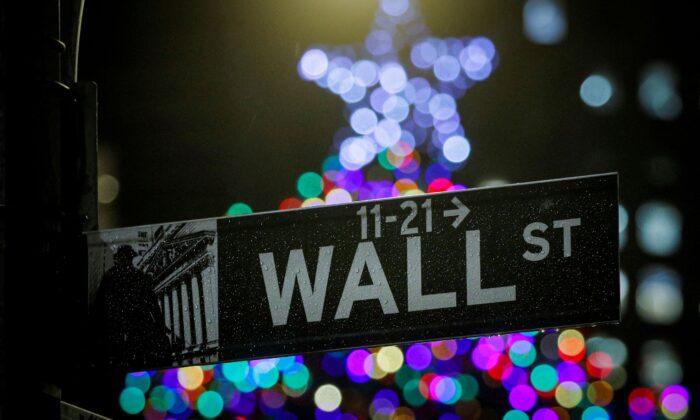 Apple Inc. became the first company to hit a $3 trillion market capitalization but ended the day slightly below that. Its shares ended up 2.5 percent at $182.01 after rising as high as $182.88 during the session.

The two stocks gave the biggest boosts to the S&P 500, but market watchers said easing investor worries about the economic impact of the Omicron variant of the coronavirus also helped market sentiment, even with rising COVID-19 case numbers.

“The real news is people feel like this latest round of COVID is not going to be economically debilitating in that a lot of restrictions and lockdowns are going to be required,” said Stephen Massocca, senior vice president at Wedbush Securities in San Francisco.

Among the latest developments, the U.S. Food and Drug Administration authorized a third dose of Pfizer Inc. and BioNTech’s COVID-19 vaccine for children aged 12 to 15.

Thousands of U.S. schools have delayed this week’s scheduled return to classrooms following the holiday break or switched to remote learning amid rising cases of COVID-19.

Massocca said market strength is not surprising as a new year starts, given the January effect, or belief by some investors that stocks will rise that month more than in other months.

“It bodes well to see the market so resilient,” he said.

All of Wall Street’s main indexes ended 2021 with monthly, quarterly and annual gains, recording their biggest three-year advance since 1999.

Energy and financial sectors were among top gainers, with bank shares rising along with U.S. Treasury yields as investors braced for what could be an earlier-than-expected interest rate hike by the Federal Reserve this year.

The Dow added 18.7 percent for the year and the tech-heavy Nasdaq gained 21.4 percent.

Advancing issues outnumbered decliners on the NYSE by a 1.34-to-1 ratio; on Nasdaq, a 2.27-to-1 ratio favored advancers.

Volume on U.S. exchanges was 10.00 billion shares, compared with the 10.36 billion average for the full session over the last 20 trading days.