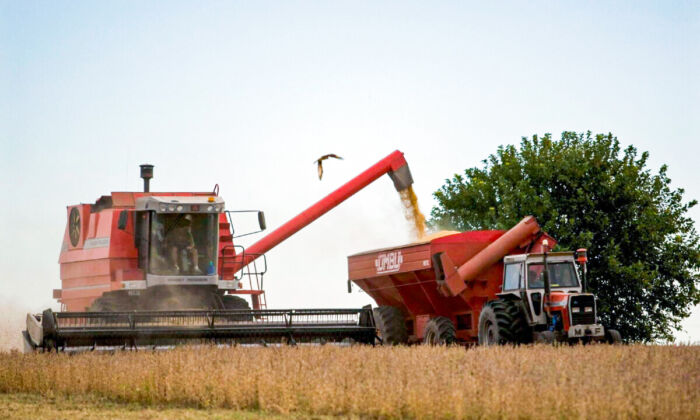 The loss of shipments from Ukraine, the world’s top supplier of sunflower oil, and drought in the world’s top soybean oil exporter Argentina had already sparked a sharp rise in global vegetable oil prices.

The tightening vegetable oil supplies come as easing COVID-19 restrictions have sparked a surge in demand for food and biofuels.

Soybean oil prices on the Chicago Board of Trade rose to a peak of 83.21 cents per lb on Friday, up 4.5 percent on the day and a record high, before pulling back to 81.42—still a record for the most actively traded futures contract. Prices have now risen by almost 50 percent so far this year.

“This is bad news for vegetable oil consumers in many countries which currently strongly depend on palm oil in view of shortages in sunflower oil, rapeseed oil, and soy oil,” Siegfried Falk, an analyst at Hamburg-based Oil World, said.

The United Nations food agency reported earlier this month that food prices had jumped nearly 13 percent in March to a new record high.

Argentina, the world’s top supplier of processed soy ahead of Brazil and the United States, briefly halted new overseas sales of soybean oil and meal in mid-March before hiking the export tax rate in a bid to tamp down domestic food inflation.

The U.S. Agriculture Department has predicted that U.S. soy crushers will process a record 60.282 million tonnes of soybeans this year, up 3.5 percent from a year ago.

National Oilseed Processors Association Chief Executive Officer Tom Hammer said it will be hard to boost that capacity further until new plants come online. Another 10 to 12 new soy processors will be operating in the United States by 2025, with the first one expected to begin operations in 2023.

“Ultimately there is going to be a lot more capacity (but) we have got a ways to go,” Hammer said.

Palm oil is the world’s most widely used vegetable oil and is used in the manufacture of many products including biscuits, margarine, laundry detergents, and chocolate.