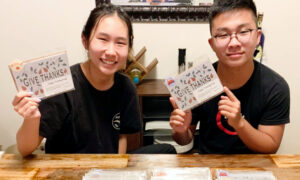 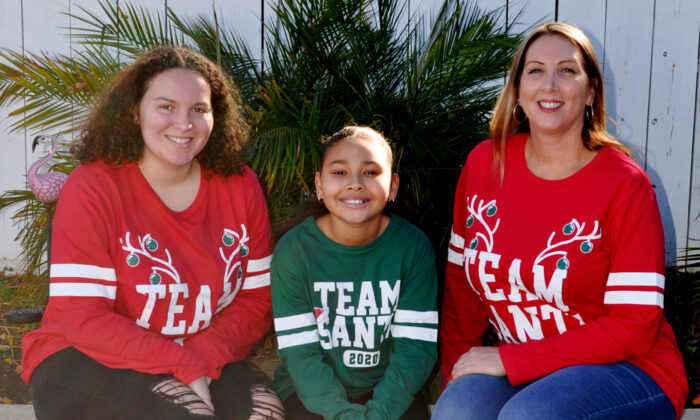 Christopher Reeve, an actor most famous for playing Superman on the big screen, once said, “A hero is an ordinary individual who finds the strength to persevere and endure in spite of overwhelming obstacles.”

According to Pamela Riley-DiCarlo, a renter in Rancho Cucamonga, California, her property manager, Crystal Lawless, fits this description to a T.

“She just does everything, and I don’t think she gets enough credit or praise,” Riley-DiCarlo told The Epoch Times. “I’d love for her to feel appreciated.”

Riley-DiCarlo nominated Lawless as a local hero, in response to a call put out by The Epoch Times.

“Nobody puts in as much time as her,” wrote Riley-DiCarlo, listing some of Lawless’ contributions to her local community.

From bringing the residents together on holidays to helping out the needy with rent, Lawless has gone out of her way to help her community endure for years, especially throughout the ongoing CCP (Chinese Communist Party) virus pandemic.

A Passion to Help People

“I’ve always had the passion to help people,” Lawless, 41, told The Epoch Times. “That’s why I’ve always been in customer service.”

During her five years as property manager at Villaggio on Route 66, Lawless has organized toy drives, arranged family movie nights, set up a small area in the office equipped with emergency food, and distributed newsletters with important community updates.

She says being a single mother with two children of her own has helped her understand the challenges and stress that struggling parents experience.

“I’ve been in their shoes, so I understand not really having too much money [and] living paycheck to paycheck,” she said.

Each year, Lawless establishes an annual budget that allows her to buy gift bags on Mother’s Day and Father’s Day, candy handouts for Halloween, root beer float socials during the summer, and prizes for holiday decorations.

Lawless recalled one family in particular that made an impression on her this past year. A single mother with three children, one of whom has Down’s syndrome, was having a difficult time paying her rent.

“She didn’t ask for help, but I knew there was the struggle there when it came to her only being able to pay half her rent and then explaining that she’s having hard times,” Lawless said.

She informed the tenant about resources that could help with rent, and selected the children to receive $300 gift cards to Target and Kohl’s. Lawless also gave them extra gifts, and provided them with a turkey dinner for the holidays.

“It’s heartwarming to [be] able to help families like that,” she said. “She just called, thanking me and crying [with] appreciation.”

She added: “There are some people that are afraid to ask for help. But you know, don’t be embarrassed. It’s something we all go through in our life.”

Riley-DiCarlo remembered experiencing Lawless’s kindness at a time when her family needed it most.

A week before Christmas Day in 2015, Riley-DiCarlo’s husband died from complications related to alcoholism. Her daughter was only 6 years old at the time.

“We didn’t know this was going to happen to him,” Riley-DiCarlo said. “[Lawless] knew we were struggling, so she picked us for the shopping spree. … Thank God, because we didn’t buy her any Christmas gifts yet.”

Because of COVID-19, the disease caused by the CCP virus, holiday celebrations looked a bit different in 2020. But that didn’t impede Lawless from helping her tenants celebrate.

For Christmas, she teamed up with the local fire department to gather toy donations to distribute. Instead of the usual “big event” shopping spree, she handed out $300 gift cards and turkey dinners to families who needed them most.

For Father’s Day, she filled Mason jars with candy, put a sticker on each jar that read “Dad’s Stash,” and then handed them out to every apartment that had a father. For Halloween, she filled “goodie bags” with candy for kids to pick up at the office.

“Some of the kids came with their costumes,” she said. “They were so cute. … They were thankful because it was a tough year.”

Still, Lawless misses “that sense of getting together, like talking with and getting to know your neighbors.”

She said it was “kind of a bummer” that newer residents weren’t able to experience the camaraderie the community experiences during a typical year.

Lawless is looking ahead to the day when she can begin hosting group gatherings again. Until then, she’s developing new ideas for events with social distancing.

For instance, she said, when the weather improves, they might host a movie night outdoors.

“We have a green grassy area that’s big enough where we could have the social distancing,” she said.

Lawless credits her company, National Community Renaissance, for taking a special approach to building communities for families in need. Half of the 166 two- and three-bedroom apartments she oversees are dedicated to affordable housing.

“We truly care about our residents, from the housing we build to the services we offer,” she said.

“We always strive to do what we can to provide low-income families with a good quality of life. Many of us have been in their shoes, and it is great to be able to pay it forward.”