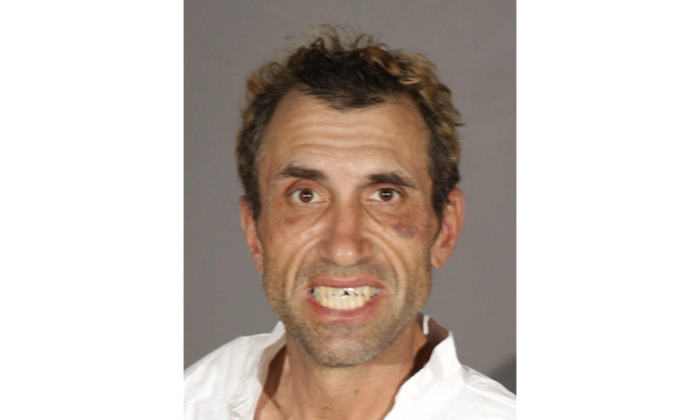 A man was arrested three times within a span of 16 hours in Glendale, California, for various reasons.

It all started around 3 a.m. on Feb. 13 when police officers saw 47-year-old James Langdon of Los Angeles pacing in a parking lot. The officers watched Langdon run out of the parking lot and then through a crosswalk against a solid “Don’t Walk” signal, according to a press release by the Glendale Police Department (GPD).

Before he was booked, Langdon requested medical attention and was sent to a hospital. The officers then issued him a notice to appear in court on a future date, and he was released from police custody at the hospital.

Not even three hours later, around 9:30 a.m., the GPD was notified of a man trespassing at a business. This again was Langdon. It was determined that he had entered the business and an employee had discovered him trying to get into a closed-off area with a screwdriver.

Langdon was booked for trespassing but was let go within three hours due to Los Angeles County’s emergency “Zero Dollar” bail order. Police released him with a notice to appear in court on a future date.

Then, just prior to 7:00 p.m., the GPD responded to a call about a burglary at an apartment complex. Some residents had come home to find their door open and some items displaced, and they could hear a man yelling inside their unit.

When police arrived, they spotted Langdon inside the complex, wandering the halls.

Once Langdon saw the officers, he ran back inside the victim’s unoccupied apartment and locked the door. After the police tried to negotiate with him a few times, Langdon eventually voluntarily exited the unit and turned himself in.

After some investigation, authorities determined that Langdon had caused around $6,000 in damages to the victim’s apartment. Langdon is being kept in custody for burglary and felony vandalism with bail set at $150,000.