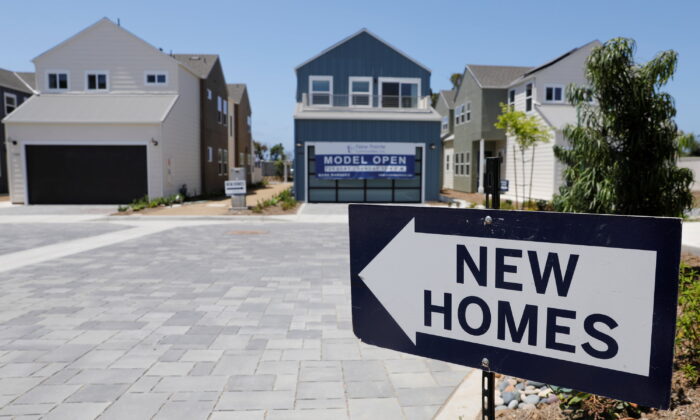 California single-family home sales continued to drop in July, falling 14 percent from June and dragging sales below the 300,000 annual rate for the first time since May 2020, according to the California Association of Realtors (CAR).

The statewide median home price was $833,910 in July, which was 3.5 percent below June although a 2.8 percent increase from a year earlier.

“In the midst of the peak home-buying season, high home prices and rising interest rates depressed housing affordability to the lowest level in nearly 15 years, which in turn dampened home sales,” CAR President Otto Catrina said in a statement.

The central coast region of the state as well as the San Francisco Bay Area experienced the biggest declines, dropping 37 percent from June.

In August, fewer people are looking to buy homes because of rising interest rates and unsold houses in the market, according to CAR Vice President and Chief Economist Jordan Levine.

The average 30-year fixed mortgage interest rate was 5.41 percent in July, up from 2.87 percent a year ago.

“Home sales have taken a trouncing as the market has shifted in response to the recent surge in interest rates, and pending sales suggest that the market could remain soft in August,” he said.

Statewide, home sales are down 31 percent year-over-year, and more than half of the state’s counties saw declines of over 30 percent. Leading the way was Santa Barbara with a 50 percent drop, followed by Santa Clara at 46 percent and San Bernardino at 42 percent.

In Southern California, Orange County saw the largest increase in price, at nearly 13 percent, while Los Angeles County had the smallest increase, at 4.5 percent.

“The pace of sales declines is expected to slow in the coming months, however, as rates continue to stabilize, market volatility begins to subside and supply conditions further normalize,” Levine said.

However, according to a July CAR survey, buyers are less optimistic about the state’s housing market’s outlook—with 76 percent of respondents indicating they don’t think overall economic conditions in California will improve in the next 12 months. Additionally, 81 percent said they believe interest rates won’t ease within a year.

In July, the median number of days it took to sell a single-family home was 14 days, up from eight days a year earlier. Nationwide, homes spent an average of 18 days on the market, according to statistics posted by the National Association of Realtors in March.

“Buying opportunities remain in the coming months for those who have been waiting on the sideline as more listings become available, competition continues to cool off, and rates begin to stabilize.”