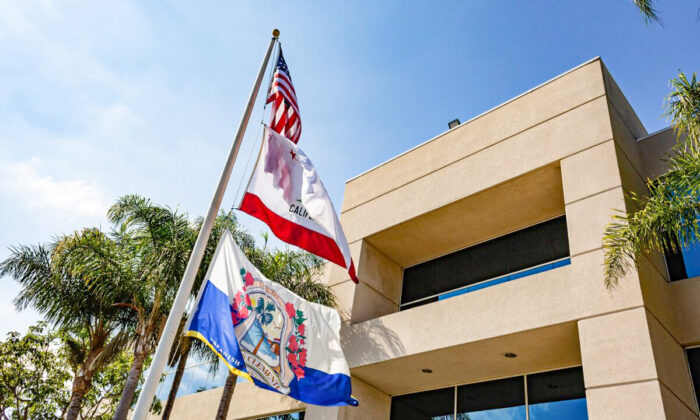 Officials in the City of San Clemente, California, will consider a resolution Aug. 16 that would ban abortion and declare the city a “sanctuary for life.”

The resolution defines the beginning of human life to be the moment of conception and would make it the city’s declared duty to protect that life until natural death.

If passed, it would declare the city’s support for the U.S. Supreme Court’s recent overturning of Roe v. Wade and ban the act of abortion, abortion clinics, and abortion pills in the city.

The resolution allows exceptions for women at risk of losing their lives in the process of birth and for victims of rape or incest.

It also suggests that human beings do not have the authority to decide to end the life of the unborn.

“We believe that life is God-ordained and God is the author and finisher of every life,” the resolution states. “[A]s a city council, we will protect and sustain life at every stage.”

The resolution cites Poelker v. Doe of 1977—a legal precedent that allowed a city in Missouri to refuse to provide publicly funded hospitals for nontherapeutic abortions even though it provided facilities for childbirth—saying that “the Constitution does not forbid a state or county or city … from expressing a preference for normal childbirth instead of abortion.”

Councilman Steve Knoblock, who proposed the resolution, hopes it will help to initiate change within California, considering the current trend in pro-abortion laws.

“The ultimate purpose of government is to protect the life and liberty of humans including unborn individuals,” Knoblock told The Epoch Times in an interview.

Councilwoman Laura Ferguson told the City News Service Aug. 3 that it was a “distraction” from more important topics in the city—such as homelessness—when abortion is “something already legal and codified in state law.”

A spokesperson for the state Attorney General Rob Bonta’s office said access to abortion remains fully protected under state law, according to the City News Service.

“California state law permits abortion up to fetal viability and no city can counter that,” Mario said. “They can’t ban abortion clinics because that would violate state law and they can’t do that.”