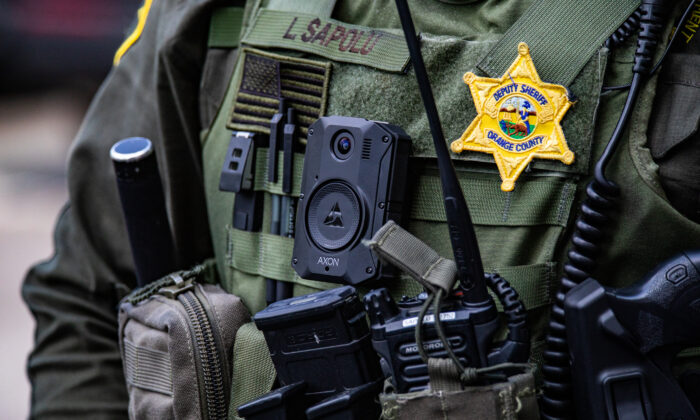 Southern California Authorities on the Lookout for Christmas Thieves

As Amazon, FedEx, and other shipping trucks disperse to fulfill holiday orders, southland authorities are on the lookout to catch package thieves.

The city of Anaheim launched the annual bait package program to catch anyone attempting to steal orders off porch steps.

Through the use of a GPS device, the police department will be informed once a bait package is moved from its original placement.

As the package moves, an assigned task force will locate the package along with the thief.

“We would investigate every incident and the circumstances of every incident, but if we can determine that somebody has committed a crime, then, by all means, we will arrest them,” Anaheim police Sgt. Shane Carringer told The Epoch Times.

While the police department is responsible for enforcing the law, it has no control over how they will be cited, Carringer said. If a thief with active warrants is arrested, it’s possible they can be confined longer.

“There’s no way to say that if you stole a package, you’ll spend an hour in jail or three days in jail,” Carringer said. “The system is so wonky right now, I couldn’t define that.”

With package thefts more likely to occur during the holiday season, Orange County Sheriff’s Department (OCSD) is expecting to see a spike despite not seeing an increase in package thefts in the past few months, according to OCSD spokesman Todd Hylton.

To avoid becoming a victim to package theft, Hylton advises residents to be alert to suspicious activity and utilize package delivery strategies if planning to be out of town.

“We advise residents to notify dispatch if they notice any vehicles that appear to be driving slowly around residential neighborhoods looking towards front doors,” Hylton told The Epoch Times.

“Historically, all of the stations will see an increase in porch thefts due to an increase in home deliveries during the holiday season,” LASD spokeswoman Trina Schrader told The Epoch Times.

Schrader didn’t disclose whether strategies to catch package thieves will be implemented.

“If a[n LASD] station is setting up bait packages, they will most likely not announce it to the public,” Schrader said.