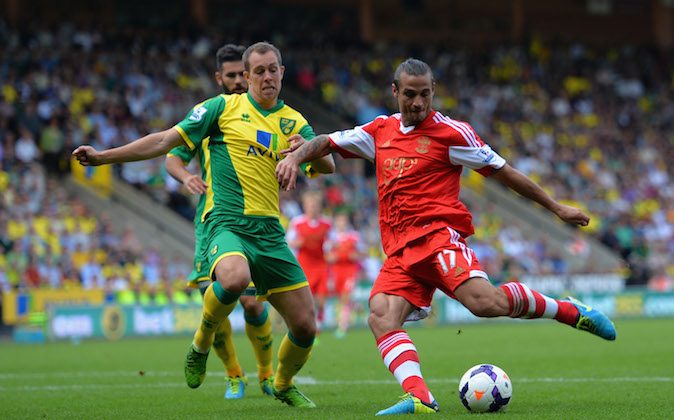 Dani Osvaldo of Southampton takes a shot at goal past Steven Whittaker of Norwich during the Barclays Premier League match between Norwich City and Southampton at Carrow Road on August 31, 2013 in Norwich, England. (Photo by Christopher Lee/Getty Images)
Soccer

The match will be broadcast on TalkSport Radio in the United Kingdom.

The match will also air on Premier League Extra Time and Directv in the United States.

Southampton have won 2 and loss 3 of their last five matches (WLLLW).

Norwich have won 1, drawn 2 and lost 2 of the last five matches (DLWLD).

Southampton are the favorites to take this match.