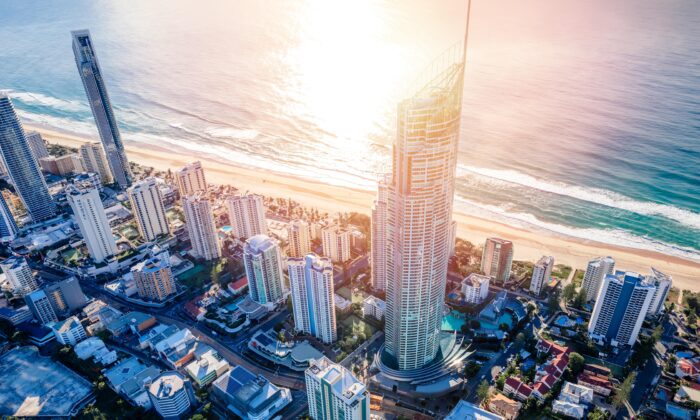 Surfers Paradise in Queensland, Australia has been selected as a location for a new Korean series. (Unsplash)
Australia

South Korean Series to Be “Made in Australia”

Queensland’s iconic beaches, the Great Barrier Reef, and island escapes will be on the bucket list of millions of people in South Korea as one of the Asian nation’s biggest broadcast stations is set to produce a new TV series in Queensland later this year.

Titled ‘Bucket List Travel to Australia’, the show will follow five South Korean celebrities as they tour the Gold Coast’s glitter strip and other parts of Queensland to uncover the state’s best experiences ahead of summer.

SBS (Seoul Broadcasting System) plans to air the show weekly in a prime-time slot in South Korea later this year and feature a new Queensland region and its visitor experiences in each episode.

Destined to be a fan favourite, it will be headed by renowned producer Jiwon Lee who produced Law of the Jungle, which has become one of South Korea’s most popular and long-running reality documentary series.

Lee said he chose Queensland for its great locations, scenery, and like-minded partners.

“As the first destination for the new series, we wanted to choose a place that offered a good blend of city and nature, as well as a focus on ecotourism and great people living and working in that space,” Lee said in a statement.

“Queensland is the perfect destination with attractive cities like the Gold Coast and Brisbane, and world-famous natural icons like the Great Barrier Reef and rainforests.”

Tourism Australia partnered with Destination Gold Coast and Tourism Events Queensland to lock in the series.

“We know South Koreans have an affinity with nature, blue skies, and a relaxed lifestyle which are all attributes of a Gold Coast holiday,” O’Callaghan said.

“The reality TV series will not only showcase the breadth and depth of what’s on offer for South Koreans in the Sunshine State after two years of border closures but help to keep the Gold Coast top-of-mind for future travel considerations.”

Brisbane major Adrian Schrinner said the whole series could be based in his city, given its huge range of experiences.

“This international interest just demonstrates how Brisbane keeps getting better and that the rest of the world is discovering the best city in Australia,” Cr Schrinner said.

“With our status as a future host city of the Olympic and Paralympic Games, I’m confident international interest in Brisbane will gather momentum.”

The series is likely to provide a significant boost to the local tourism economy, with the show expected to generate publicity to the tune of more than $40 million ($US28 million).