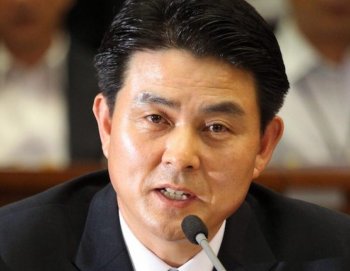 Loretta Duchamps
View profile
Follow
biggersmaller
Print
Prime minister-designate Kim Tae-ho, nominated on Aug. 8, announced the withdrawal of his candidacy on Sunday after being accused of corruption at his confirmation hearings last week.

“I decided to give up nomination for the post of prime minister in order not to be an obstacle to the president’s carrying out of state affairs,” said Kim at a press conference, according to The Korea Herald.

The charges, that also include tax evasion, have been denied by Kim.

“I deeply regret having caused trouble to the public with my own problems,” said Kim according to The Korea Herald.

A few hours after the withdrawal of Kim, Shin Jae-min and Lee Jae-hoon, two other designated nominees of President Lee Myung-bak, followed suit and also offered their withdrawals. Shin and Lee are accused of scandals including false residence registration.