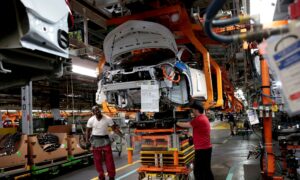 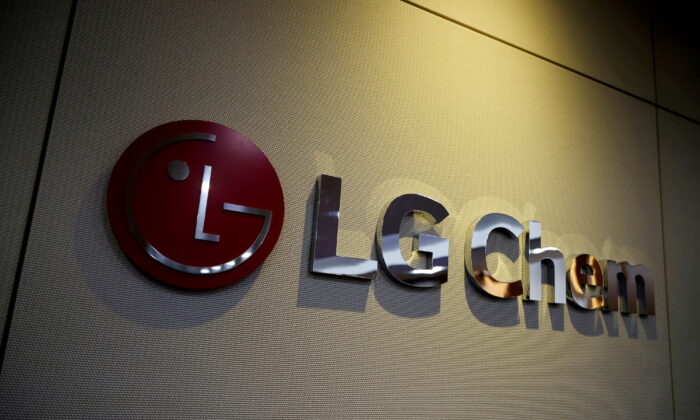 The logo of LG Chem is seen at its office building in Seoul, South Korea, on Oct. 16, 2020. (Kim Hong-Ji/Reuters)
Companies

GM in August expanded the recall, which will replace LG battery modules due to the risk of fire, to more than 140,000 cars, estimating the cost at $1.8 billion, but that has risen to $2 billion. It previously said battery production resumed on Sept. 20 and replacements would begin in mid-October.

As a result of the agreement, GM said its estimated recovery in the third quarter will offset $1.9 billion of the $2 billion in charges associated with the recalls, based on accruals under U.S. accounting standards. GM said LG agreed to cover recall costs and expenses. The final recall costs will depend on the number of battery modules replaced.

“LG is a valued and respected supplier to GM, and we are pleased to reach this agreement,” said Shilpan Amin, vice president, GM global purchasing and supply chain.

LG Energy Solution said the three companies conducted joint analysis and found two rare defects as the cause of the fires—a torn anode and a folded separator.

“While the recall measures will [proceed] with complete replacement of battery packs and modules made for the early models of batteries, the more recently manufactured battery modules will be selectively replaced following diagnostic software screening,” LG Energy Solution said in a statement.

The LG firms said on Tuesday that talks over the costs had ended. They booked most of their 1.4 trillion won in costs in the July-September quarter although some was booked in the previous quarter.

For the latest quarter, LG Chem will take a charge of 620 billion won while LG Electronics, which assembles the cells into battery modules and packs, will book 480 billion won in costs.

Shares of LG Chem and LG Electronics closed up 4.2 percent and 3.3 percent respectively, with investors relieved there was less uncertainty over the recall costs. GM shares were up 0.6 percent in premarket U.S. trading.

LG Energy Solution added it plans to resume working on its initial public offering, which had been suspended in August due to the lack of clarity over the recall costs.