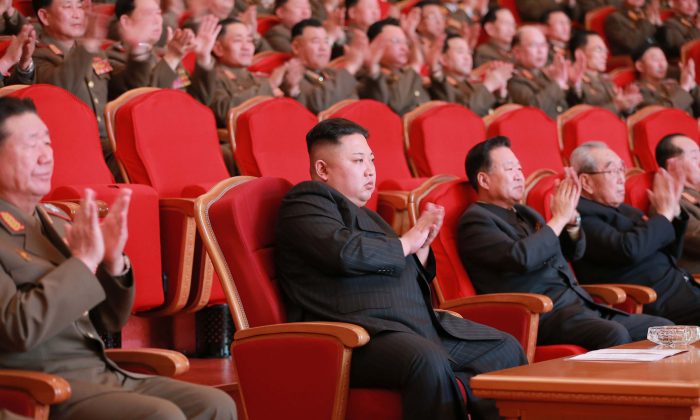 Amid reports that North Korea is preparing another ICBM launch, South Korea has decided to send aid to North Korea despite its threats to bomb Japan into the ocean and reduce the United States to ashes.

South Korea’s government-linked news agency was one of the first to report that Seoul was deciding whether to provide $8 million in aid to North Korea through United Nation agencies under the argument that humanitarian efforts are separate from political considerations.

At a press briefing on Thursday, Sept. 14, ministry spokesman Cho June-hyuck told reporters that the government will move forward with the aid package and said the United States and Japan were consulted on the plan.

South Korea regularly provided aid to North Korea until the previous conservative government suspended it in 2016 after a nuclear bomb test and ongoing missile tests.

Defectors who have escaped North Korea warn that aid rarely makes it to people that need it in North Korea and instead strengthens the regime.

Foreign aid from South Korea provided a crucial lifeline to the regime in the 1990’s and prolonged its existence, they claim, when it faced a crisis due to the withdrawal of support after the Soviet Union collapsed.

The aid package is being finalized as the North ramps up its rhetoric against the United States, Japan, and opponents in South Korea.

Pyongyang, in state media broadcasts, dubs the latest rounds of UN Security Council (UNSC) sanctions as “state terrorism” by the United States and other “voting machines” on the council.

A translation of the statement from the Korea Asia-Pacific Peace Committee, which handles the regime’s external propaganda, calls for the UNSC to be broken up, describing it as a “tool of evil.”

“The army and people of the DPRK are unanimously demanding that the Yankees, chief culprit in cooking up the ‘sanctions resolution’, be beaten to death as a stick is fit for a rabid dog,'” it reads.

“Now is the time to annihilate the U.S. imperialist aggressors. Let’s reduce the U.S. mainland into ashes and darkness.”

The statement also takes aim at Japan, describing it as the “sworn enemy of the Korean nation” that failed to come to its senses even after North Korea launched an ICBM over the Japanese archipelago on Aug. 29.

On Sept. 3, the regime detonated a nuclear bomb in an underground test, claiming the device was small enough to fit in a missile warhead.

The test was the most powerful to date and intelligence experts have said it is possible the bomb is small enough to be launched by an ICBM.

“The four islands of the archipelago should be sunken into the sea by the nuclear bomb of Juche. Japan is no longer needed to exist near us,” reads the North Korean statement.

Meanwhile, Japanese media report that North Korea looks to be preparing for another ICBM launch.

“The ballistic missile, which is said to be preparing for launch, is equipped with a liquid fuel type engine and there is a possibility of an intercontinental ballistic missile (ICBM),” reported Nikkei.

Sources told the newspaper the missile may already be ready for launch.