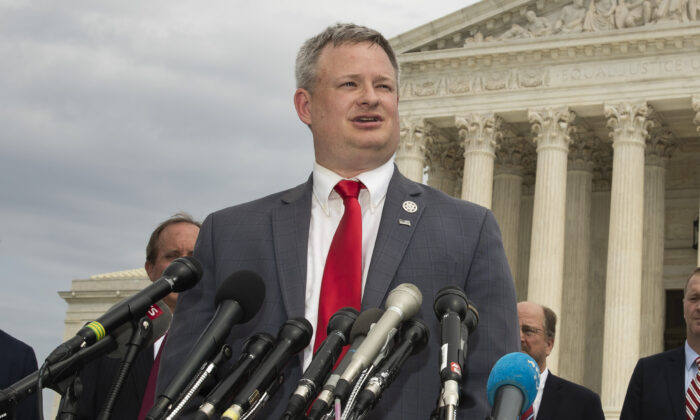 South Dakota’s House of Representatives on April 12 impeached the state’s attorney general over the fatal car crash he got into in 2020.

Republican Jason Ravnsborg was impeached in a 36–31 vote.

Additionally, it says Ravnsborg made “made numerous misrepresentations and misstatements of fact to law enforcement and the public and misused the assets of his office” after striking Boever, which left the man dead.

As a result, Ravnsborg has “lost the faith of law enforcement, the executive branch, and the people of South Dakota,” the resolution stated.

It’s the first impeachment of a state official in South Dakota history.

Ravnsborg’s office did not respond to a request for comment.

Under the South Dakota Constitution, the state House of Representatives has the power of impeachment while the state Senate tries any officers who were impeached on the charges.

While a simple majority is enough for an impeachment, a two-thirds vote is required for a conviction.

Under the state Constitution, officers who are impeached and have not yet been tried in the Senate must stop exercising his or her duties.

The crash happened on Sept. 12, 2020, while Ravnsborg was on the way home from a dinner, driving from Redfield to Pierre.

While Ravnsborg was not under the influence, he failed to operate his vehicle in its proper lane, leading to the collision with Boever, the impeachment resolution says.

Ravnsborg pleaded no contest in 2021 to two misdemeanor charges related to the crash, avoiding jail time.

In a letter sent to lawmakers and news outlets before the vote, Ravnsborg said that “no state has ever impeached an elected official for a traffic accident.”

“Every day I think about Joe Boever, a man I had never met, who changed my life forever. I am sorry the family has had to endure this tragedy in so many ways and has been put in the middle of this highly political situation. To this point, the investigators have spoken, the judge has spoken, the House Investigation Committee has spoken and I have been compliant throughout the entire process. Your decision could overturn an election and set forth a dangerous precedent for all South Dakota elected officials. As such, I respectfully ask that you adopt the House Investigation Committees’ majority report and declare this matter complete and final and let the healing process continue,” he said.

A legislative panel headed by House Speaker Spencer Gosch recommended against impeaching Ravnsborg, but the committee drew criticism from some lawmakers for not watching a presentation from South Dakota Highway Patrol officers about the crash and subsequent investigation.

The six Republicans on the panel said the evidence showed Ravnsborg did not act recklessly when he struck Boever nor did he act corruptly in the aftermath of the incident. The two Democrats disagreed, saying impeachment was warranted because Ravnsborg was “at a minimum, not forthcoming to law enforcement officers during the investigation.”

The minority’s view prevailed in the full House, with 28 Republicans joining Democrats in the impeachment.