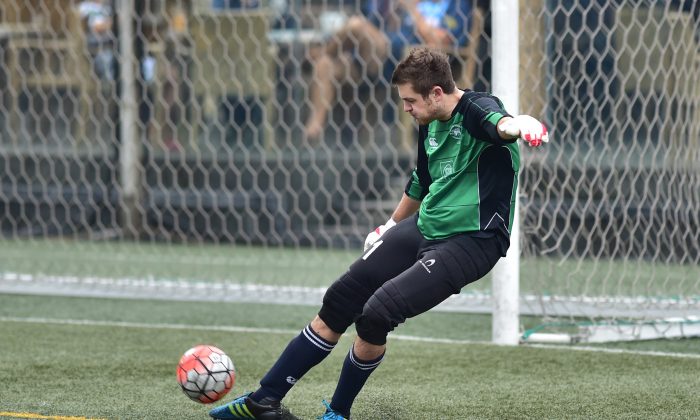 South China Close Gap in Premier League, but Leaders Eastern Have a Game in Hand

HONG KONG—HKFA League matches were played last weekend (Jan 16 and 17) in Premier League and third division, but no second division matches were scheduled, while Cup matches took place in the Yau Yee League.

Kitchee played Dreams Metro Gallery at Mongkok Stadium in the first of another round of BOCG Life HKFA Premier League matches on Saturday Jan 16. Kitchee failed to make up ground on league leaders Eastern when they were held to a 1-all draw when Matthew Lam’s 15th minute strike was cancelled out by a stoppage time equaliser from Leung Kwok-wai.

In Saturday’s other game, Kwoon Chung Southern defeated Yuen Long 2-nil courtesy of an own goal in the 62nd minute, and a second from Tomas Maronesi in the 83rd minute, both from Wellingsson De Souza,crosses.

In Sunday’s (Jan 17) first game, Glory Sky Wong Tai Sin took on Hong Kong Pegasus at Hong Kong Stadium, with the latter prevailing due to a brace from Admir Adrovic, firstly heading home a cross in the 19th minute, and then being fed by Chan Pak-hang before firing home in the 83rd minute.

Sunday’s other game featured BC Rangers and South China at Kowloon Bay Park, with the latter taking the lead in the 20th minute when Cheung Kin-fung’s free kick was struck around the defensive wall and past goalkeeper Paulo Cesar into the back of the net, and then doubling their lead in the 43rd minute when Chan Siu-ki fed Awal Mahama who then raced into the penalty box before firing the ball into the net..

Eastern lead the division with 19 points from 7 matches, with South China 1 point behind in second and Kitchee third on 15 points, both from 8 matches.

Central & Western lead the division with 40 points from 14 matches, with Hoi King second on 37 points from the same number of games

The Yau Yee League saw the Cup quarter finals, with Albion comfortable 6-nil winners against IES, much to the delight of stand in manager John Casey who made several changes to the starting eleven as well as using all of his substitutes, Wanderers were beaten 3-nil by Swiss XI, The Store House Squadron won 3-nil against Antonhill, and KCC Knights were 10-1 victors over Goal Visio.

In the Chairman’s Cup, Azzurri were 4-2 winners against University, ANP were 6-nil victors over Bapcoll, White Youth won 4-2 on penalties after their game finished 2-all at full time, and
GGFC were 3-2 victors over HKSS.