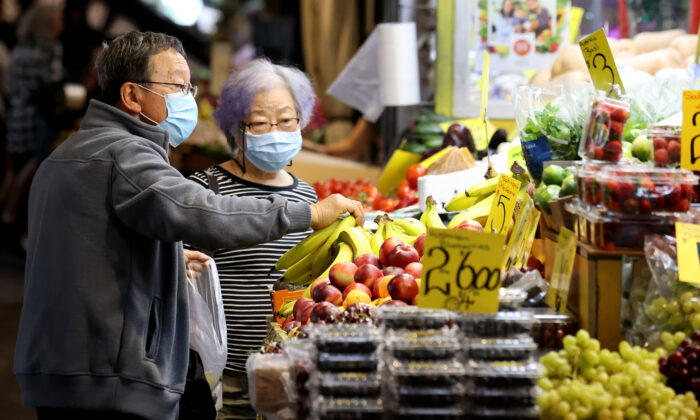 Instances of not complying include ignoring vaccine mandates or refusing to wear a face mask when visiting high-risk settings such as hospitals, disability care, and nursing homes.

The government is set to pass laws that will extend its powers to impose vaccination and mask mandates in specific industries for at least the next six months.

Labor Premier Peter Malinauskas said that the Greens and SA-BEST are onboard with the new laws.

“This legislation is urgent and it is important and now it has the support to pass,” Malinauskas told AAP.

“We’re not going to be bloody-minded about anything. We’re open to other suggestions if they’re thoughtful ones,” he said.

On the other hand, the opposition has said it would seek to remove jail terms and reduce fines for breaches of COVID-19 regulations to manage the CCP virus pandemic.

Liberal health spokeswoman Ashton Hurn said that the opposition supported the state’s transition out of the emergency but did not want to keep any heavy-handed policies, as they believed in striking a fair balance.

“Decreases in penalties to remove imprisonment and reduce maximum sanctions are important and will see the state become more aligned with penalties in other jurisdictions,” Hurn said.

The new laws to be introduced to South Australia would resemble Western Australia’s Labor government which imposes a two-year prison term, a maximum fine of $50,000 for individuals, and a $250,000 fine for corporations breaching pandemic orders.

It is also similar to the Victorian Labor government’s “Pandemic Bill” which enforces penalties of up to $10,904 for individuals and $54,522 for businesses. Against public health advice, the state has continued with vaccine mandates for most workers.

The maximum penalty in New South Wales, Queensland, and Tasmania is six months imprisonment, while only fines are issued to rule-breakers in Northern Territory and the Australian Capital Territory.