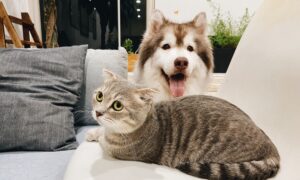 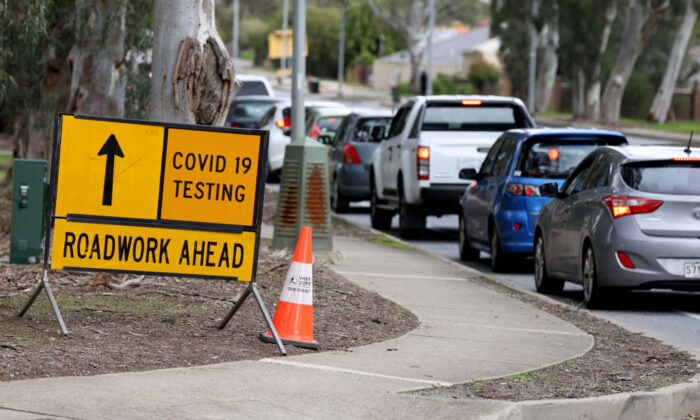 Traffic queued at the pop up COVID-19 testing site at Waterworld in Adelaide, Australia, on July 21, 2021. (Kelly Barnes/Getty Images)
Australia

The South Australian (SA) government has allowed a partial re-opening of construction sites from next Monday after its snap seven-day lockdown began two days ago.

SA Premier Steven Marshall’s office sent an email to business and industry leaders indicated that projects which aim to provide essential services will be able to resume progress on Monday.

The list of projects that have been given the green light to resume early is mostly comprised of 21 school construction projects of various secondary schools, and vital hospital, emergency services, and transport infrastructure.

“The immediate progress of these targeted projects will ensure essential services can be delivered to the SA community as promised,” the email said reported The Advertiser.

“This means some hard hats and steel caps will return to construction sites across South Australia and breathe life back into this important part of the state’s economy,” Gannon said in a statement. “There will be many builders, tradies, and subcontractors heading into the weekend with more work and financial certainty than yesterday, and that is heartening”

He said it was important to prioritise industries with a “material impact” on the economy based on health advice, of which construction tops the list.

The Housing Industry Association (HIA) said the initial snap lockdown announcement, that included the shutdown of all home building and renovation work, was “extremely disappointing.”

“Home building is critical for the South Australian economy,” HIA SA Executive Director Stephen Knight said. “Yet the industry was not given sufficient notice that sites would need to close immediately.”

However, Knight said it was extremely pleasing to hear that factories were allowed to continue operation to avoid damage or loss to plant and equipment.

“South Australia’s manufacturers supply a range of essential building materials not just to the South Australian industry, but also interstate,” he said.

Premier Marshall told the press today that the state had discovered two new cases today despite the massive surge in testing.

“We’ve got one shot to stop this outbreak dead in its tracks,” Marshall said on Wednesday. “We’ve got a chance to nip this in the bud. We don’t want to have an extended lockdown in South Australia.”