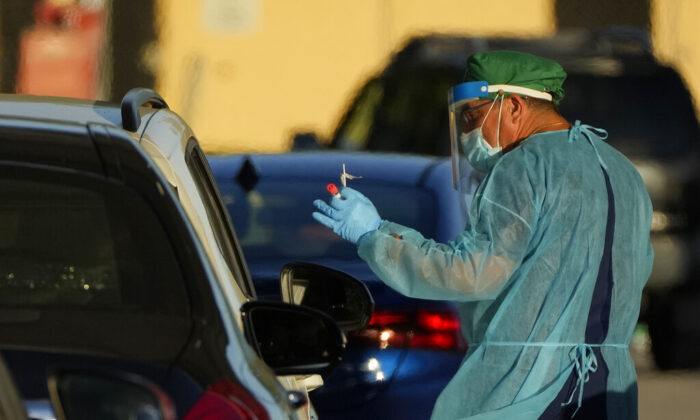 A South African study led by researchers at the Steve Biko Academic Hospital found that the Omicron outbreak may be signaling the end of the acute pandemic phase of COVID-19, with the endemic phase following suit.

The study found a significant decline in in-hospital deaths in the current infection wave, at 4.5 percent.

ICU admissions had also dropped from 4.3 percent to 1 percent, while the length of stay in hospital fell from 8.8 days to 4.0 days.

“The wave increased at a faster rate than previous waves, completely displacing the Delta variant within weeks and began its decline in both cases and hospital admissions in the fifth week following its commencement,” the researchers concluded, adding that there are “clear signs that case and admission rates in South Africa may decline further over the next few weeks.

“If this pattern continues and is repeated globally, we are likely to see a complete decoupling of case and death rates suggesting that Omicron may be a harbinger of the end of the epidemic phase of the COVID pandemic ushering in its endemic phase,” the researchers added.

The endemic phase of a pandemic is when the number of infections becomes relatively constant, allowing for occasional flare-ups, according to Jennie Lavine, an infectious-disease researcher at Emory University in an interview with Nature.

The study also found that only 45 percent of patients in COVID-19 wards needed oxygen support compared to 99.5 percent in the first wave.

Furthermore, a snap-shot of patients in the COVID-19 wards on Dec. 14–15 revealed that 63 percent of them were incidental, meaning that they were asymptomatic for COVID-19 and were admitted for medical, surgical, reproductive or psychiatric reasons.

“This phenomenon of ‘incidental COVID’ is not a phenomenon observed before in South Africa and most likely reflects high levels of asymptomatic disease in the community with Omicron infection,” researchers explained.

Only one third of the patients in COVID wards had COVID-19 pneumonia, of which 72 percent had “mild to moderate disease.” The remaining 38 percent required high care or ICU admission.

While the study examined patient data from the Steve Biko Academic Hospital Complex, the findings “were comparable to city-wide trends when cases and admissions from all public and private hospitals reported,” the researchers stated.