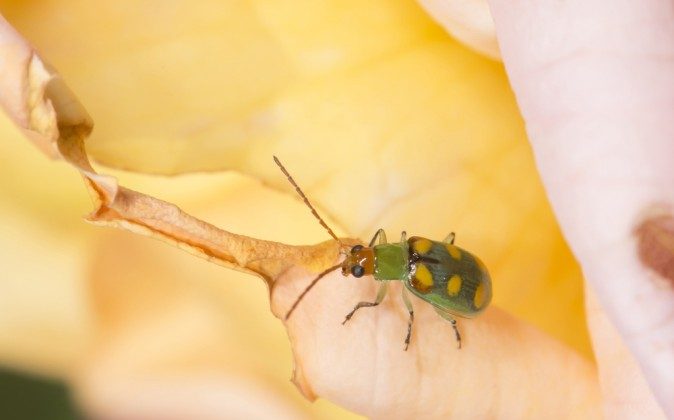 Italian researchers are experimenting with techniques that might allow the replacement of synthetic pesticides with devices that emit sounds and odors to disrupt the breeding of crop pests.

The study, conducted by researchers from the Edmund Mach Foundation in Italy under the auspices of the European Union’s PURE project, is just one of several being conducted into more environmentally friendly methods of agricultural production.

The Italian study focuses on the European grape berry moth and the cicada Scaphoideus titanus, both common pests of the cultivated grape and therefore major threats to the European wine industry. So far, studies suggest that certain sounds and pheromone-mimicking odors can disrupt the mating behavior of these species, thereby reducing their impact on crops. The researchers hope that these techniques could boost crop yields without the damaging effects of toxic chemicals.

The Power of Natural Pest Management

Another ongoing study, this one conducted by researchers from the EU project QuESSA, is examining cultivated fields near Pisa, Italy, to examine how neighboring habitats affect crop production. Research suggests that semi-natural habitats bordering cultivated fields increase populations of beneficial insects such as pollinators and predatory insects, thereby increasing crop yields. The researchers hope to help quantify these benefits.

In a study published in the journal Naturwissenschaften in January, researchers looked at other ways that nature can influence the populations of agricultural pests. The researchers found that the European grapevine moth is significantly affected by climate for a reason other than one might expect: Warmer areas play host to more moth parasites, which affect the ability of the moths to thrive and to affect grape vineyards. Because damage from moths also predisposes grape vines to fungal damage, the effect of this variation is quite significant.

The researchers, from the University of Burgundy and INRA (National Institute for Agricultural Research) Bordeaux-Aquitaine, France, collected and measured moth larvae from vineyards in six French viticulture regions: Alsace, Aquitaine, Bourgogne, Champagne-Ardenne, Rhone-Alpes and Provence-Alpes-Cote d’Azur. They then analyzed the larvae, as well as any parasites that they were carrying.

The researchers found that larvae in the southern regions carried significantly more parasites than those in northern regions. Larvae with more parasites showed a higher level of antimicrobial activity and had more immune-related hemocyte cells than less-infected larvae. This immune activity is metabolically expensive, the researchers said, and hampers the growth of the larvae.

Studies such as these are particularly important in a time when pollinator populations are crashing worldwide, in part due to the toxic effects of chemical pesticides.

In recent years, scientists have warned particularly of the class of pesticides known as neonicotinoids. When these systemic pesticides are used to coat seeds, the growing plant takes the chemical into all of its tissues, making the entire plant toxic. This means that birds feeding on leftover seeds and pollinators in search of nectar are just as likely to be killed as insects seeking to parasitize the plant itself.

According to a recent international research review, the evidence that neonicotinoids are devastating global ecosystems and bee populations is now “conclusive.” The authors of the review warned that the scale of the threat posed by neonicotinoids is equivalent to that once posed by DDT.

While neonicotinoids are not believed to accumulate in animal tissues in the way that pesticides such as DDT do, they are actually 6,000 times more toxic than these older chemicals.

*Image of “pest” via Shutterstock