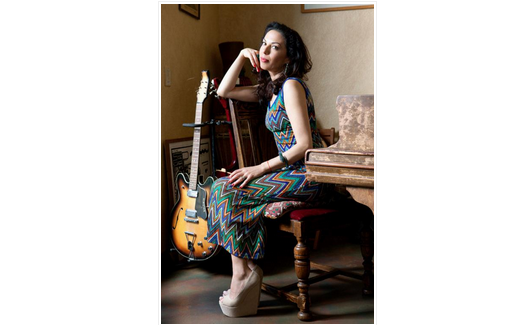 Soumaya Akaaboune in a file photo for Les Vraies Housewives.
Crime and Incidents

Soumaya Akaaboune, the wife of Peter Rodger and stepmother Elliot Rodger, was at one point a target of Elliot’s as he planned out his mass killings.

She and her six-year-old son were one of many objects of Elliot’s hatred, according to his manifesto.

Rodger, 22, planned on killing his stepbrother because he had become jealous of him.

“It will be a hard thing to do, because I had really bonded with my little brother in the last year, and he respected and looked up to me. But I would have to do it. If I can’t live a pleasurable life, then neither will he! I will not let him put my legacy to shame,” he wrote in the manifesto, referring to the actress Soumaya, who is best known for appearing in Les Vraies Housewives.

“In order to kill him I would have to kill Soumaya too, but that will be easy. All I would need to do is think about all of the hurtful things she had said to me in that past as I plunge my knife into her neck.”

The decision to murder Soumaya and her son came in the fall of 2013 when he had an argument with her.

“She began to boast that my brother was recently signed by an agent to act in T.V. commercials,” he wrote. “She said that by the time he is my age, he will be a successful actor. I talked about how he was already so socially savvy for his age, and how I’ve always envied him for it. She told me he will never have any problems with girls, and will lose his virginity while he’s young.

An undated photo of murder suspect Elliot Rodger is seen at a press conference by the Santa Barbara County Sheriff in Goleta, California May 24, 2014. (AFP)

A man photographs a flower-filled bullet hole in the windows of the IV Deli May 25, 2014 in Isla Vista, California. (David McNew/Getty Images)

Two men clean up blood soaked towels on the floor of IV Deli Mart, one of the locations of a drive-by shooting last night, in Isla Vista, California, a beach community next to the University of California Santa Barbara. Seven people, including the gunman, were killed and seven others wounded in the May 23 mass shooting, Santa Barbara County Sheriff Bill Brown said Saturday. (AFP/Getty Images)

Students gather on the UC Santa Barbara campus for a candlelight vigil for those affected by the tragedy in Isla Vista on May 24, 2014 in Santa Barbara, California. (Spencer Weiner/Getty Images)

Photos of Glock 34 handguns, similar to the ones used by murder suspect Elliot Rodger are seen at a press conference by the Santa Barbara County Sheriff in Goleta, California May 24, 2014. (AFP/Getty Images)

“I had to sit there and listen to the [expletive] tell me that my little brother will grow up enjoying the life I’ve always craved for, but missed out on.”

“That was the day that I decided I would have to kill him on the Day of Retribution. I will not allow the boy to surpass me at everything, to live the life I’ve always wanted. It’s not fair that he has the chance to have a pleasurable life while I’ve been denied it.”

It’s unclear why Rodger didn’t end up attempting to kill the pair.

Rodger is believed to have been the man who killed six and wounded multiple others in a horrifying attack in California near the University of California Santa Barbara, in the neighboring Isla Vista community.

Police engaged in a firefight with Rodger, which ended with him dead.