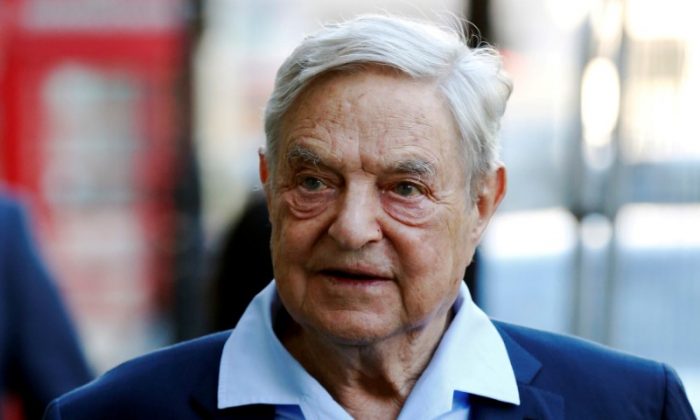 The organization said Nov. 26 that it’s no longer possible to work in Turkey after it became the target of “baseless claims” in the media and a renewed investigation by Turkish authorities into mass protests against Erdogan’s government five years ago. It said the Turkish Interior Ministry was renewing attempts to prove that the Soros foundation was behind the 2013 Gezi Park protests, one of the biggest political challenges to Erdogan’s 15-year rule. The foundation has denied any link to the protests.

Erdogan denounced Soros last week while speaking about the detention of 13 activists and academics accused of supporting attempts by jailed businessman and rights advocate Osman Kavala to revive the Gezi protests.

“The person [Kavala] who financed terrorists during the Gezi incidents is already in prison,” Erdogan told a meeting of local administrators on Nov. 21. “And who is behind him? The famous Hungarian Jew Soros. This is a man who assigns people to divide nations and shatter them. He has so much money and he spends it this way.”

One of the 13 people detained on Nov. 16 was Hakin Altinay, who helped establish the Open Society Foundation in Turkey.

All but one of the detainees were later released, but not before the European Union and the United States expressed concern about their cases.

Ankara’s Western allies have repeatedly criticized the arrest of tens of thousands of people since a failed military coup in Turkey in July 2016.