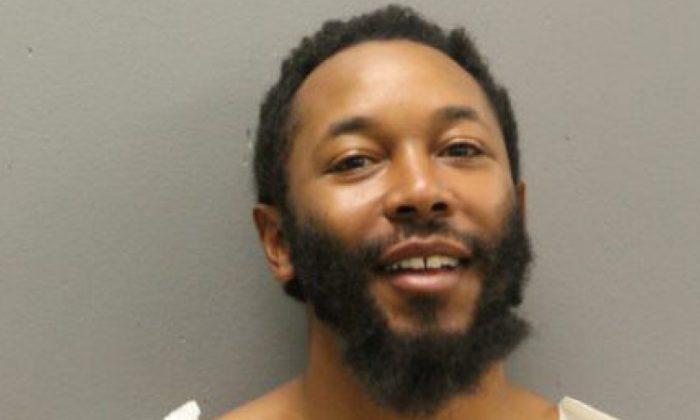 A Chicago man murdered his father and mutilated the old man’s body before posting pictures of himself on Facebook accompanied by bizarre messages with odd spelling and punctuation.

Police charged 26-year-old Carlton Edmondson with first-degree murder after discovering the body of his 61-year-old father, Carl Edmondson, in the basement of the old man’s home in the West Pullman neighborhood in Chicago on Saturday, Nov. 25.

The father’s skull was crushed with brain matter splashed on the floor and walls. The man’s genitals were cut off, Fox News reported.

Edmondson muttered, ranted, and laughed during a court hearing at the Leighton Criminal Courthouse on Tuesday. Assistant State Attorney Julia Ramirez informed those present that the suspect violated an order of protection obtained by his father on Nov. 20, days before the murder.

“The order of protection is gone,” Edmondson said while smiling, according to Chicago Sun-Times. “He is no longer living.”

Edmondson also laughed softly as the prosecutor described how his father’s body was discovered at the home on the 11500 block of South Bishop Street.

The suspect’s behavior led to Judge Stephanie Miller ejecting him from the courtroom before she ruled that he is to be held without bond.

Police went to the victim’s home after receiving a call from Carlton Edmondson’s uncle, who reported that he saw his nephew inside the home even though he was barred from entering.

The officers who knocked on the door came face to face with Carlton Edmondson who told them that his father was in the hospital. The officers took Edmondson into custody and later discovered his father’s body.

The officers found a Bowie knife, a circular saw and a concrete capstone near the corpse. They also said the body smelled of gasoline and discovered a gas can nearby. Investigators also recovered a black jacket, which the suspect appears to wear in Facebook photos he posted after the murder.

Edmondson posted a photo of himself smoking a cigarette and smiling with an oddly punctuated and spelled caption. The message accompanying one photo stated “EyEm OAWn mA pEriOd #beebop #silenceofthelambs #gdshit #chevezwhatupfolkz.” Another message sent around 7 a.m. said “EyE sIlEnCed thE LahmeDs.”

A report from the Cook County Medical Examiner said that Edmondson’s father died from multiple injuries from an assault.

Edmondson has an extensive record of arrests. Just five day before the murder, he was taken into custody for throwing a brick through the window of his father’s house. He was released on a bond.

Edmondson was arrested six times since September on a variety of charges, according to court records. He was taken in for refusing to give his name to police officers, stealing a $16 pair of sunglasses, and taking a 70-year-old woman’s cellphone.

Before obtaining an order of protection in November, Edmondson’s father had also requested one in August.

At the court hearing, Assistant Public Defender Kevin Ochalla asked that Edmondson be evaluated at the jail hospital.

“He got my death-body, G!” Edmondson said, pointing a finger at Ochalla. “I’ma kill him.”

Edmondson’s Facebook page has been removed, but his other social media pages are still accessible. Edmondson posted 29 tracks of rap music on Soundcloud. He went by the name Cryptonitebeatz.