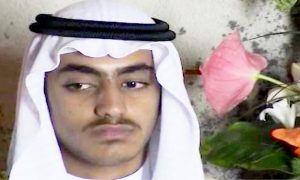 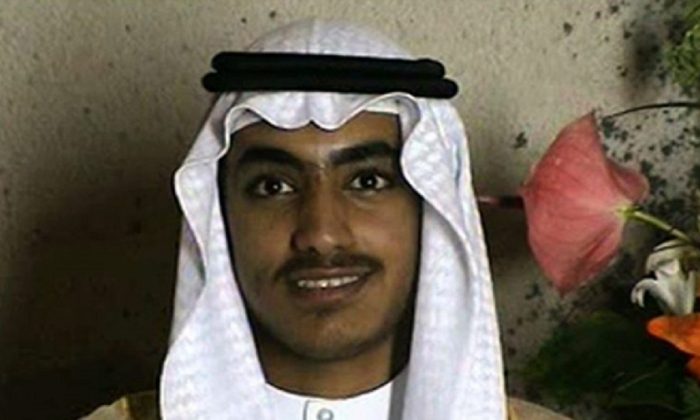 Hamza bin Laden is seen at his wedding in a file image from a video that was released Nov. 1, 2017 by the CIA in a trove of material recovered during the May 2011 raid that killed al-Qaeda leader Osama bin Laden at his compound in Pakistan. (CIA via AP)
Middle East

Reports that Hamza bin Laden was killed emerged on July 31 but had gone uncorroborated by official sources.

In a statement on Saturday, Trump said: “Hamza bin Laden, the high-ranking al-Qaeda member and son of Osama bin Laden, was killed in a United States counterterrorism operation in the Afghanistan/Pakistan region.”

Trump said the death will serve to undermine al-Qaeda.

“The loss of Hamza bin Laden not only deprives al-Qaeda of important leadership skills and the symbolic connection to his father, but undermines important operational activities of the group. Hamza bin Laden was responsible for planning and dealing with various terrorist groups,” he added.

In July, Trump had declined comment on the reports.

Osama bin Laden, the head of al-Qaeda and who U.S. officials said was the mastermind behind the 9/11 terror attacks and other killings of Americans, was killed during a raid on his Pakistan compound in 2011.

Hamza bin Laden was among the FBI’s Most Wanted. It was offering a reward of up to $1 million for information leading to his whereabouts.

“Investigators believe Hamza bin Laden is married to the daughter of al-Qaeda senior leader Abdullah Ahmed Abdullah, aka Abu Muhammad al Masri, who has been indicted for his alleged involvement in the Aug. 7, 1998, bombings of the United States Embassies in Tanzania and Kenya,” the FBI stated on a wanted poster for the man.

“Hamza bin Laden is wanted for questioning in connection with his membership in the al-Qaeda organization and his public declarations threatening the security of the United States.”

The U.S. Department of State’s Rewards for Justice Program was also offering up to $1 million for information leading to the identification or location of Hamza bin Laden, it announced in February.

“Hamza bin Laden is the son of deceased former AQ leader Osama bin Laden and is emerging as a leader in the AQ franchise,” the department stated.

Hamza bin Laden was designated by the department on Jan. 5, 2017, as a Specially Designated Global Terrorist. On March 1, 2019, Saudi Arabia stripped his citizenship.

Hamza bin Laden was set to become the head of the terrorist group, said Ali Soufan, founder of the Soufan Center, in a statement (pdf) earlier this year to the House Foreign Affairs Subcommittee on the Middle East, North Africa, and International Terrorism.

Amid the fracturing of ISIS, “Hamza bin Laden’s eventual rise to the top leadership position of al-Qaeda could be a lifeline, not only for the future of the organization itself, but for the global Salafi-Jihadi movement as a whole. The young bin Laden might be uniquely positioned to once again unite the global jihadi terrorism under one banner,” Soufan wrote.

The younger bin Laden “exemplifies al-Qaeda’s potential shift back to focus on the global jihad against the United States and our allies,” he added. “In his public messages, Hamza calls on followers not to travel to theaters of jihad in the Muslim world, but instead to ‘[t]ake the battlefield from Kabul, Baghdad, and Gaza to Washington, London, Paris, and Tel Aviv.’ Indeed, Hamza often repeats, almost word-for-word, myriad anti-American phrases used by his father as early as the 1990s.”