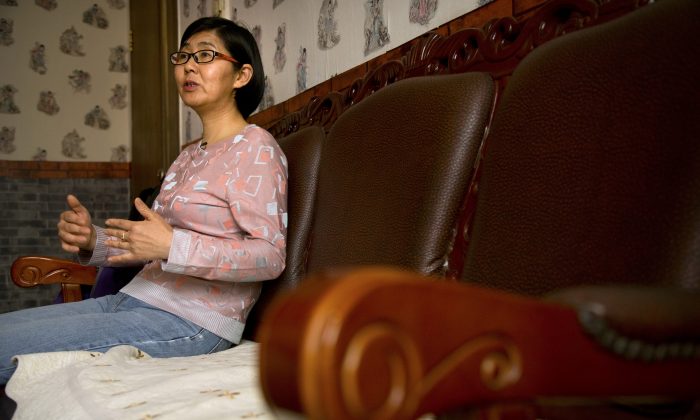 Bao, 16, and two supporters, Tang Zhishun and Xing Qingxian, were taken while staying in a hotel in the Burmese border town of Mong La on Oct. 6 during the week-long China National Day holidays, according to China Change, a website that tracks human rights in China.

“The hotel owner said that a dozen or so policemen had come, displayed Burmese law enforcement IDs and taken all three away,” China Change reported.

A lawyer and friends of the trio asked the local police, and the law and politics office, for the whereabouts of Bao and his companions the next day. Burmese authorities allegedly denied detaining them.

Before Bao Zhuoxuan went missing in Burma, Chinese police had warned him not to get involved in his mother’s case or contact lawyers on at least four occasions, according to Chinese Human Rights Defender, an international rights advocacy group.

Huang Hanzhong, a lawyer representing Bao’s father, told the Chinese edition of Epoch Times that he was seeking information about the safety of Bao Zhuoxuan, Tang Zhishu, and Xing Qingxian from the China’s foreign affairs department.

The Chinese regime had either carried out a “bandit-style” international arrest, or the Burmese authorities had carried out a mistaken detention, Huang said.

“No matter what the situation is, lawyers have the right to request that the foreign affairs department ensures the safety of Chinese citizens when traveling abroad,” Huang said.

The arrests may be connected to the work of Bao Zhuoxuan’s mother, human rights lawyer Wang Yu, who was defending three Falun Gong practitioners in Hebei Province in north China, one of her last cases before Chinese authorities detained her in July.

Falun Gong, a traditional Chinese meditation practice, was targeted in a Cultural Revolution-style persecution in 1999. On the orders of former Chinese Communist Party chief Jiang Zemin, nearly 3,900 Falun Gong practitioners have been tortured to death, and hundreds of thousands of others remain in detention. Researchers say that the organs of Falun Gong practitioners are being harvested by the communist regime and sold for profit, with the death toll from the organ harvesting now over one hundred thousand.

Wang Yu and other rights defense (weiquan) lawyers have for many years been mercilessly persecuted by the Chinese regime while attempting to defend or meet their clients—disenfranchised groups, house Christians, Uyghur and Tibetan minorities, and practitioners of Falun Gong.

Before Wang could participate in a cross-examination of her client on July 2, she was forcibly removed from a third floor courtroom, dragged down the stairs, and “tossed out like a bag onto the street,” a witness said.

Bao Zhuoxuan was supposed to travel from Burma to Thailand in an attempt to escape from China, former Tiananmen student protest leader Fengsuo Zhou told the New York Times.

“He was trying to reach the United States. But without a passport, this was the only route he could take,” said Zhou, who had planned to meet the teenager in Thailand.

On July 9, Chinese police held up Bao Zhuoxuan and his father at the Beijing airport when he was preparing to take up studies in Australia. Police also confiscated the younger Bao’s passport.

Around the same time, Chinese police broke into the Bao family home in Beijing and took away Wang Yu. The arrest of Wang was followed by a massive crackdown on rights lawyers and activists across the country by the Chinese Communist Party.

As of Oct. 2, at least 288 lawyers, law firm staff, and their family members have been detained, questioned, or harassed by the Chinese authorities, according to the Hong Kong-based China Human Rights Lawyers Concern Group.

Juliet Song contribute to this report.