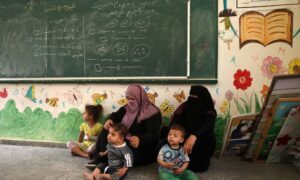 PESHAWAR, Pakistan—The son of Taliban leader Mullah Haibatullah Akhundzada died on Thursday carrying out a suicide attack in the province of Helmand in southern Afghanistan, one of the insurgent movement’s main spokesmen said.

Abdur Rahman, 23, also known as Hafiz Khalid, died driving a vehicle laden with explosives into an Afghan military base in the town of Gereshk, north of the provincial capital Lashkar Gah, Qari Yousaf Ahmadi, the Taliban’s main spokesman for southern Afghanistan, said.

He said Abdur Rahman had been a madrassa student but had wanted to carry out a suicide attack. “He succeeded in his mission last Thursday,” he said.

One senior Taliban member, close to Haibatullah’s family, said Abdur Rahman had enrolled as a suicide bomber before his father became leader of the Taliban last year and had insisted on continuing after his father took office.

Mullah Haibatullah took over leadership of the Taliban after his predecessor, Mullah Akhtar Mohammad Mansour died in a U.S. drone strike in Pakistan in May, 2016.

“Before this, a number of close relatives and family members of previous supreme leaders had conducted suicide bombings but Sheikh Haibatullah has become the first supreme leader whose son sacrificed his life,” the senior Taliban member said.

A government official said security authorities were investigating the incident and could not confirm that Mullah Haibatullah’s son had been killed.

The incident in Gereshk came as fighting in Helmand, source of most of Afghanistan’s opium crop, has intensified in recent days following the end of the harvest season.

The insurgents control much of the province and threaten Lashkar Gah but government forces, backed by U.S. airstrikes, have launched an operation to drive them back from around the provincial capital.