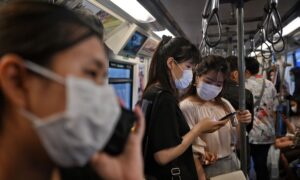 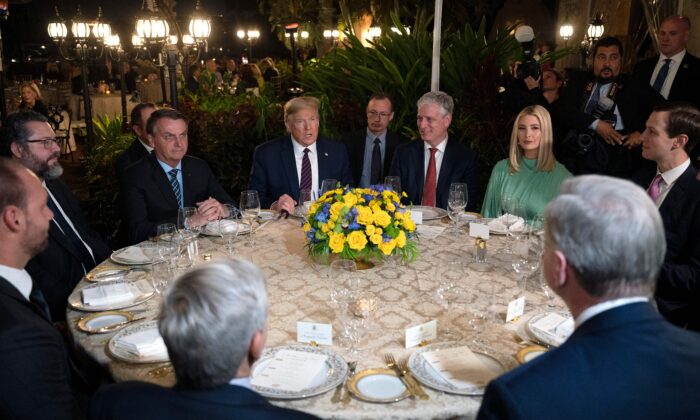 Brazilian President Jair Bolsonaro was tested for the new coronavirus but he’s shown no symptoms, said his son in an update on Thursday after media outlets reported on the development.

His son, Eduardo Bolsonaro, wrote on Twitter that he is “awaiting the result” but added that the Brazilian president “has no symptoms of the disease,” according to a translation from Portuguese to English.

Bolsonaro visited President Donald Trump over the weekend in Florida along with his communications secretary Fabio Wajngarten, who contracted the virus. Photos uploaded on social media showed Wajngarten standing next to Trump at his property, Mar-a-Lago, in Florida.

“Exposures from the case are being assessed, which will dictate next steps. Both the President and Vice President had almost no interactions with the individual who tested positive and do not require being tested at this time,” she said in a statement. “As stated before, the White House Medical Unit and the United States Secret Service has been working closely with various agencies to ensure every precaution is taken to keep the First & Second Families, and all White House staff healthy.”

Brazilian authorities also said that its health agency is taking preventative measures to “preserve the health” of Bolsonaro and “the republic.”

“We did nothing very unusual, we sat next to each other for a period of time,” Trump told reporters on Thursday in response to questions about Bolsonaro.

Last month, Trump spoke at the Conservative Political Action Conference before health officials confirmed that an attendee later was found to have contracted COVID-19, the disease the new virus causes, which emerged in mainland China in December.