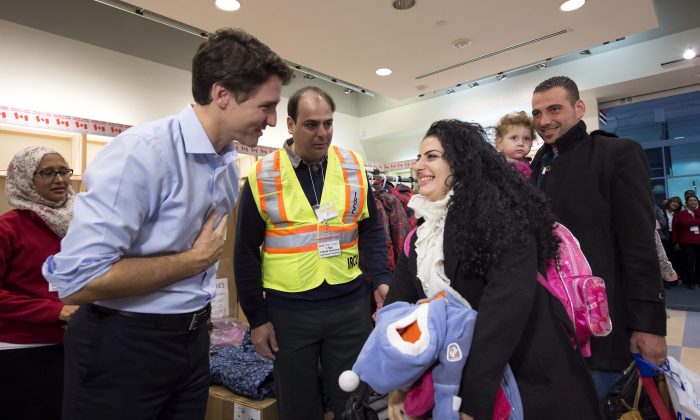 Canada has been lauded for being more welcoming to refugees than the United States, but some Syrians who recently arrived in Toronto say they want to return to the Middle East.

The refugees were shuttled to a budget hotel, which they thought would be a temporary home. Instead, they’ve been there for weeks.

Some of the 85-government sponsored refugees say they want to return to the camps in Jordan and Lebanon as opposed to staying in Canada.

“We were told that when we arrived to the hotel that we would only be staying for three to four days maximum. However, things have been changed and we’ve been here for 10 to 11 days, and we’ve been told it could be even longer. The problem is that we have kids and we would rather be outside in a settled house than sitting at a hotel,” Syrian mother Zaneb Adri Abu-Rukti told CBC through a translator.

“We feel like our kids are just stuck here. We go into one room, we eat, and then we return to other room and just go to bed. Our kids don’t have anywhere to play, nowhere to go out. We feel like we’re just trapped in a prison.”

Virginia Johnson, one of two volunteers working at the hotel, said the refugees are having trouble addressing basic issues such as obtaining winter boots to go outside during the winter.

Help the homeless instead! Syrians feel ‘hopeless’ as government-sponsored refugees in Toronto https://t.co/gf22lnslDY

“They’re scared, it must be very scary,” she said. “I don’t expect them to feel gratitude immediately when they’ve come here—they’re really so isolated … their kids are dying to go outside and play and they can’t.”

The volunteers blamed the Canadian government for not doing enough to help.

The desire to return to the Middle East has also been expressed by refugees in other countries, such as Uruguay and Germany.

The report came several days after an op-ed in the Toronto Sun called for the Canadian government to let private citizens help refugees more.

“For political reasons, the Trudeau government refuses to utilize the private refugee program to its full capacity. The bulk of Syrian refugees will be admitted through the government-sponsored program. Less than one-third will be privately sponsored,” wrote Candice Malcolm.

“Trudeau needs to break free from his government-knows-best mindset and look at the evidence in front of him. His government has done enough damage already. It’s time for them to let everyday Canadians fix this mess through increased private refugee sponsorship.”